Anthony opines on the petitions that have been filed to list the entire Pyxis genus in the United States Endangered Species Act.

Pro-gun lobbyists in the ever popular gun control debate in this country often point out the fact that the laws, against which their efforts are focused, often only affect law abiding citizens. We chelonian keepers often like to make the same claim about some of the laws regarding our hobby, especially when it comes to our federal Endangered Species Act (ESA). That sentiment is never stronger than when a keeper is asked about the fact that the ESA lists non-United States-native species. When CITES exists to stop endangered animals from being smuggled into this country, why attach additional restrictions here that only seem to debilitate the people working so hard to save these important exotics? 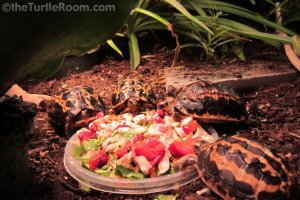 On September 27, 2013, two organizations, Friends of Animals and WildEarth Guardians, began petitions (arachnoides / planicauda) to have tortoises of the genus Pyxis listed by the ESA, citing information they seemed to have pulled from the internet. Two species make up the genus, the Spider Tortoise (Pyxis arachnoides) and the Flat-Tailed Tortoise (Pyxis planicauda). Currently, the United States Fish and Wildlife Service is reviewing the status of these species. Russ Gurley, founder of the Turtle and Tortoise Preservation Group, has expressed concerns (video disussion here), felt by many keepers working to conserve exotics, that the ESA can have a negative impact on the viability of captive populations, as responsible keepers work tirelessly to build assurance colonies. 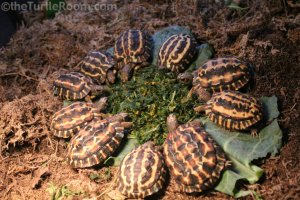 For what it’s worth, I partly agree with Mr. Gurley, who is a respected and accomplished leader in a community of academic keepers who clearly want the best for turtles in captivity and the wild. It does seem like the ESA listing of this genus would be a huge barrier for keepers already making tremendous progress to help these tortoise in the United States. The Spider Tortoise (Pyxis arachnoides) belongs to a studbook and Species Survival Plan (SSP) through the Association of Zoos and Aquariums (AZA). The AZA SSP for the species contains a large amount of animals that were produced in zoos, only to be adopted out to trusted private keepers as room in the zoos has filled up. This sort of collaboration could become much more difficult if the genus were listed under the ESA.

With that said, there is one small area where I dispute these fair views and I will do my best to play devil’s advocate, which is one of my favorite past-times. As a Pyxis enthusiast, current Captive Bred Wildlife (CBW) permit holder, and lifelong optimist, I hope to find at least a small amount of comfort in the following thought, should the genus actually become listed under the ESA. This listing would increase difficulty in acquiring animals, as obtaining a CBW permit does require a bit of red tape. 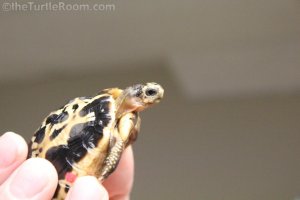 With that said, having to jump through a few hoops only proves your dedication to the animal. Additionally, the process may weed out potential keepers with plenty of money, but a lack of understanding of the history and current status of these animals.

At times, I think it is evident that we do not make ourselves look good in the public forum, either. Countless keepers can be seen selling animals for big bucks, butchering the names of the animals they are selling, all while including photos of the animals in deplorable conditions, sometimes piled on top of animals from other continents. A lot of the better breeders have homes for their offspring before the eggs even hatch, so the better ads they would produce aren’t seen as much. This is just my opinion, of course, but I like to think that those “animal flippers”, helping creating the poor representation of the hobby seen in the public forum, will be the ones suffering most from the potential listing, and that the rest of us will go through the necessary steps to ensure that we are still a part of this important fight for survival. At that time, we would not have to compete for the opportunity to work with these animals against someone whom is merely the highest bidder. 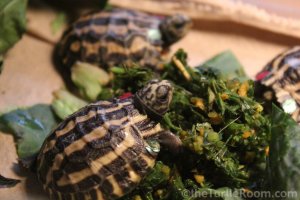 Lastly, I’d like to point out the genetic viability of the Radiated Tortoise (Astrochelys radiata) AZA Studbook and Species Survival Plan is, higher than any of us probably realize, more than 90%. I believe that this is an example of breeding success overcoming the crippling consequences that ESA listing can carry with it. The Pyxis genus, especially Pyxis arachnoides, has gotten a good start in captivity here in the United States, so one might think that it has the potential to be as genetically viable in captivity as the Radiated Tortoise, despite ESA listing. However, the small clutch size and late maturation of this species that hurts it in the wild also makes this a serious potential listing for keepers. I have often predicted that Spider Tortoises will never be common in the pet trade. Perhaps that fact is now more accurate than ever, but then again, one never knows.

Anthony was the "Best of 2017" Editor's Choice for "Chelonia Personality of the Year" by The Reptile Report. As the Senior Director of theTurtleRoom, Anthony oversees the Animal Husbandry Department and all captive conservation programs. Anthony has also written a book on the Geoemyda genus, published by Living Art Publishing as part of their “Turtles of the World” series, and several articles in magazines such as including REPTILES, The BATAGUR, Testudo (Italian), and RADIATA (German). Anthony has a B.A. from Rhode Island College and works in management for VCA Animal Hospitals. He lives in the Northeast with his wife, Shannon, and daughters, Cambria and Maddalena. He and his family are often on the move, giving turtle presentations at schools, nature and science centers, herpetological societies and conferences.