In this video, Anthony shares the sad, yet uplifting story of survival and recovery that is his Pacific Pond Turtle (Actinemys marmorata) project. The turtles have been battling an epic case of shell rot, which was discovered days after their acquisition, and has seemed insurmountable at times. However, in recent months, the turtles have recovered, and their progress and story is detailed here. For more on Hope, the turtle affected most by this hardship, watch this video from 6 months ago. Also check out their respective project page for more details on Anthony’s project.

Some natural history of the Pacific Pond Turtle 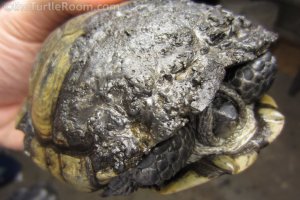 Pacific Pond Turtles are native to Mexico and the extreme Western United States, and is considered to be regionally extinct in Canada. This is the only semi-aquatic turtle native to California, and there is concern that this species may be negatively affected by invasive animals like the Red Eared Slider, Trachemys scripta elegans, a hardship shared by the turtle that is probably the closest relative of Actinemys marmorata, the European Pond Turtle, Emys orbicularis. The Pacific Pond Turtle is also considered to be a close relative of Blanding’s Turtle, Emydoidea blandingii. This small to medium turtle reaches roughly 8.5 inches (21.6 cm) and is known for its marbled appearance, for with it gets its Latin name marmorata. Males usually have a light throat with no markings, a low-domed carapace, and a concave plastron, while females often have a throat with dark markings, a high-domed carapace, and a flat or convex plastron which tends to be more heavily patterned than that of males.

The Pacific Pond Turtle (Actinemys marmorata) is listed on the IUCN Red List as Vulnerable, which undoubtedly needs to be upgraded to a status which better fits its dire situation in most of its range. The Vulnerable status this species currently holds has not been updated since 1996, and surely much has been discovered and/or changed in the last 17 years. 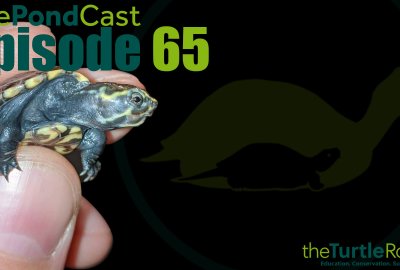 On today’s show, each host will talk about the husbandry of a species or group … 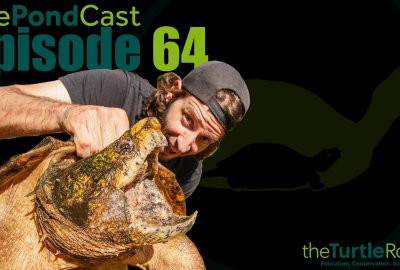 Photographer, videographer, naturalist, and reptile keeper Greg Brashear of Greg’s Turtle Haven joins The Pondcast team to talk Alligator Snapping Turtles and other reptiles from the Southeast United States. Like theTurtleRoom, Greg is passionate about educating others about turtles, tortoises, their conservation, and their husbandry. 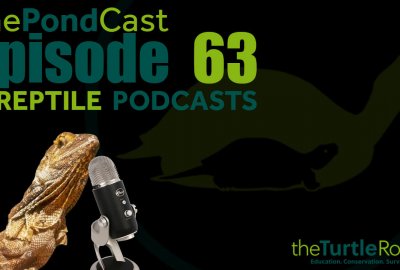 The Pondcast’s hosts talk about what makes a podcast a “reptile podcast” and banter about their favorite non-turtle reptile species. All of our hosts are reptile lovers, so why does our podcast always take a turn toward turtles, primarily? And why do snake lovers get … 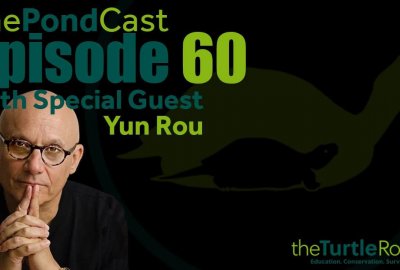 Daoist monk, Yun Rou, joins his friend Anthony and the rest of The Pondcast team to talk turtles, philosophy, writing, and anything else that comes to mind. His newest book – Turtle Planet: Conservation, Extinction, and What the Fate of Turtles May Say About the … 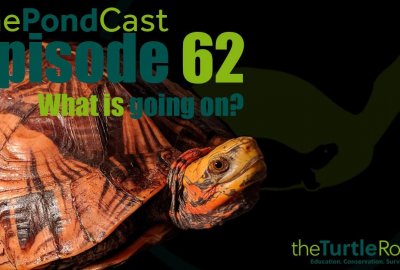 In this episode, Anthony, Kevin and new host Chris sit down for a chat with no guests. Believe it or not, this was not due to our overall lack of likability, but instead was a calculated decision to allow listeners a chance to get to …