Anthony provides a tour of his family’s October, 2012 trip through the Bronx Zoo in Bronx, New York. 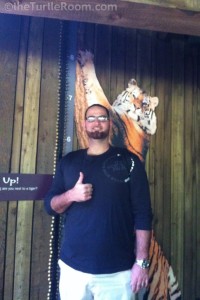 On October 14th, 2012, a beautiful day in the Northeast, my family and I travelled to New York City to visit the Bronx Zoo. The weather that day could not have been better, despite this time of year being relatively frigid at times. The turtles and tortoises on display were very impressive. Numerous large species from around the world were represented, many in their adult size. It is not often that a Northerner has the pleasure of seeing full grown Giant South American Turtles (Podocnemis expansa)!

The Bronx Zoo displays their Chelonians in four locations. The sites, in the order you encounter them at the zoo, are Madagascar!, the World of Reptiles, a canal outside of the reptile exhibit, and JungleWorld.

Madagascar! was especially exciting. We barely made it into the zoo when we got a chance to view Radiated Tortoises (Astrochelys radiata) and Spider Tortoises (Pyxis arachnoides) in realistic habitats. The tortoise exhibits in this building are all very large and representative of the Malagasy landscape. All Bronx Zoo’s P.arachnoides specimens are housed with a group of A.radiata in an eye-level enclosure. In addition, at least two other mature adult A.radiata are housed in a spacious Lemur exhibit that visitors are able to view from above. 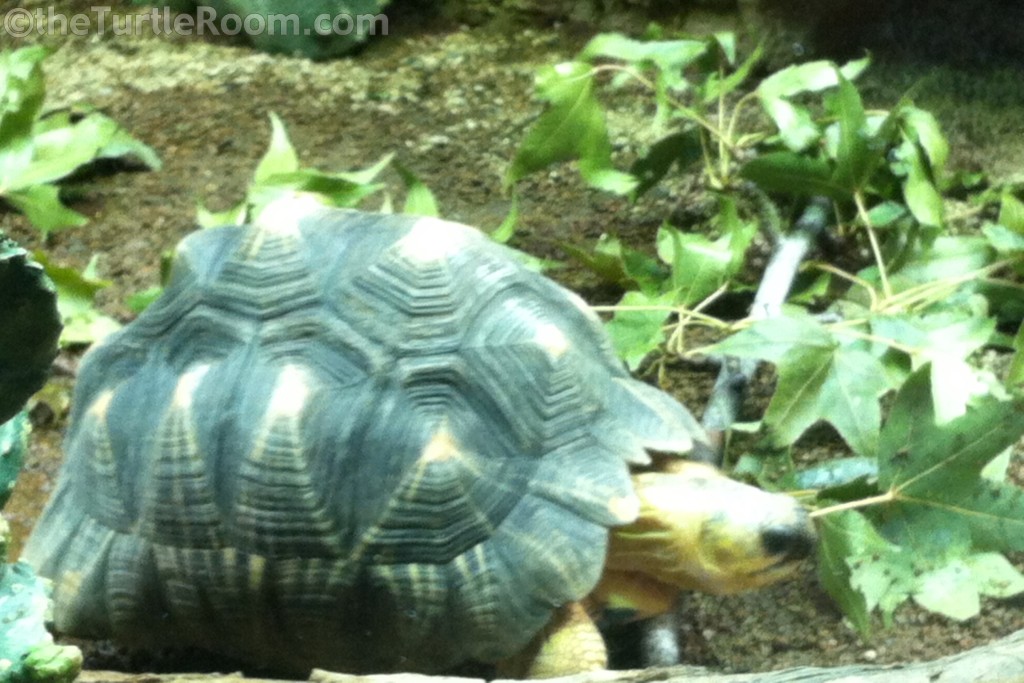 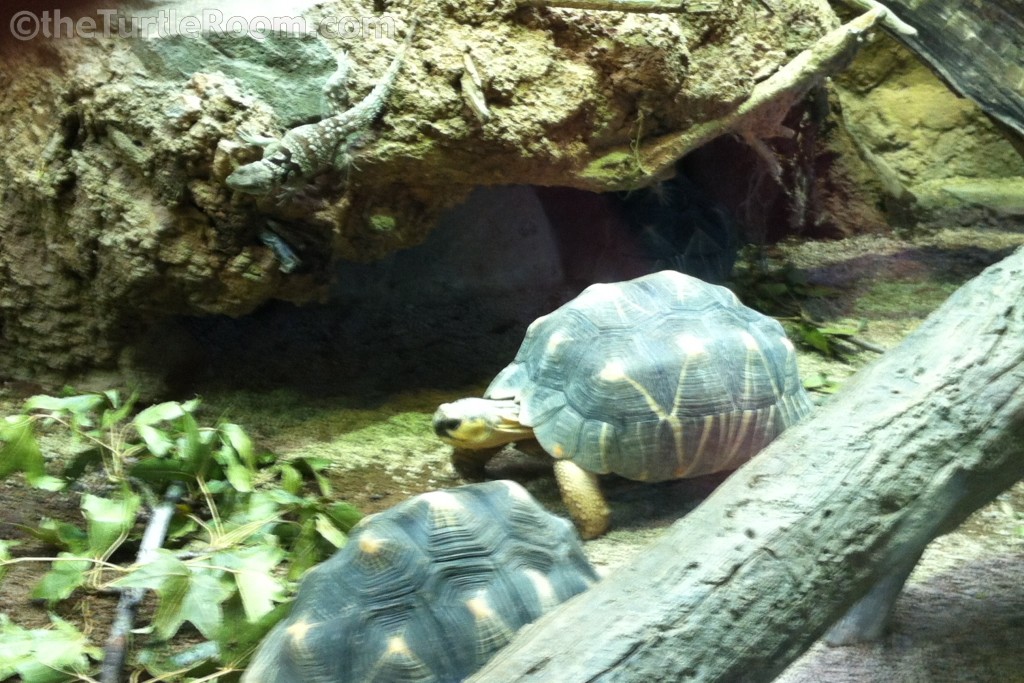 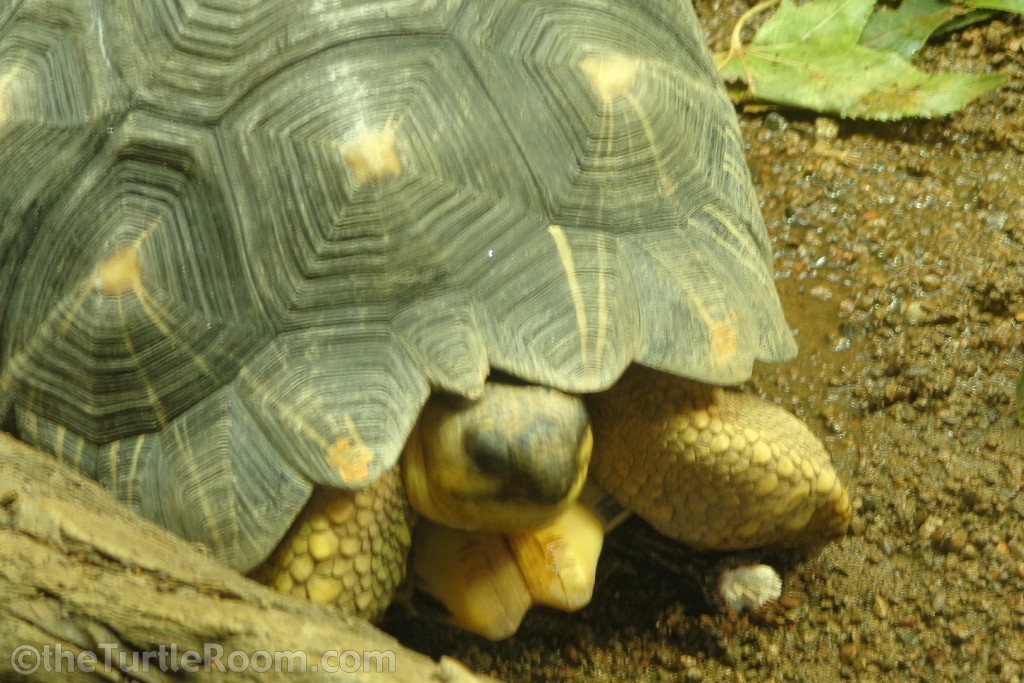 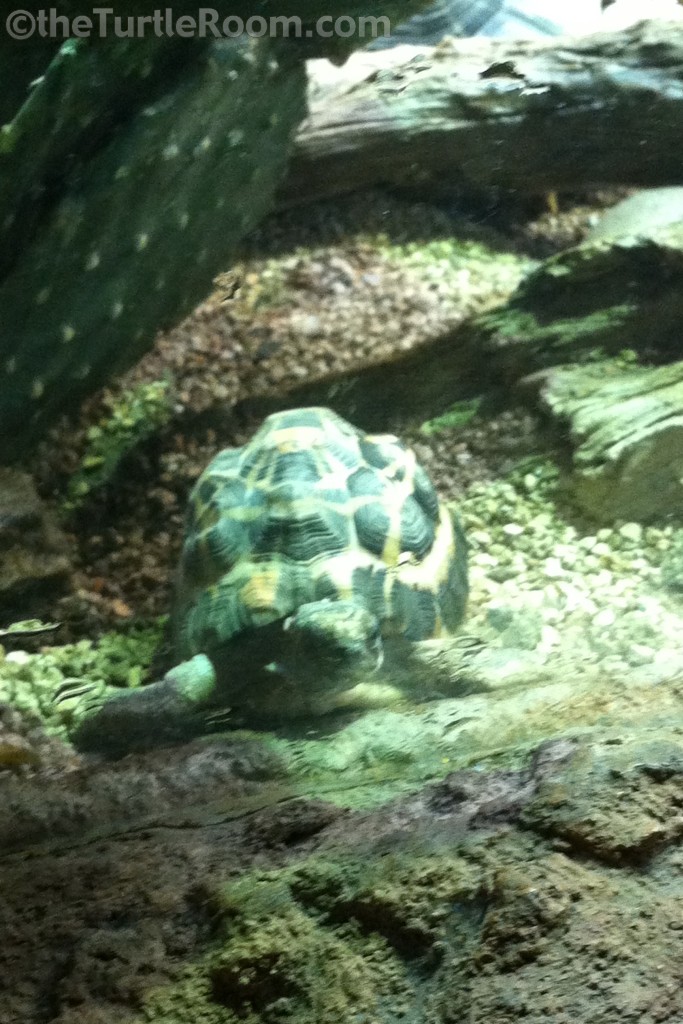 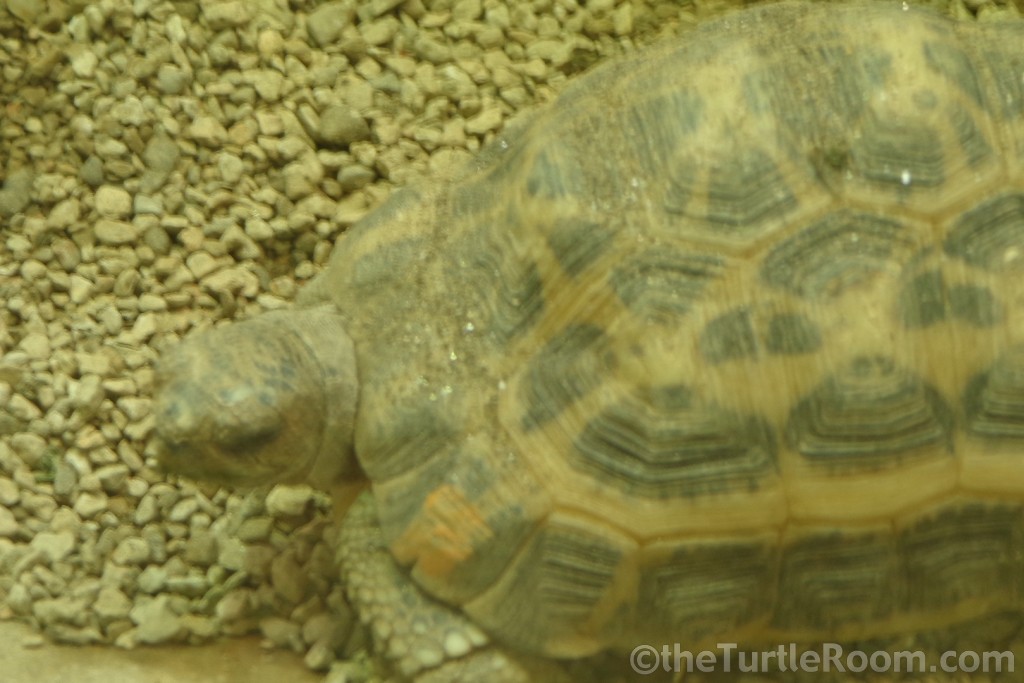 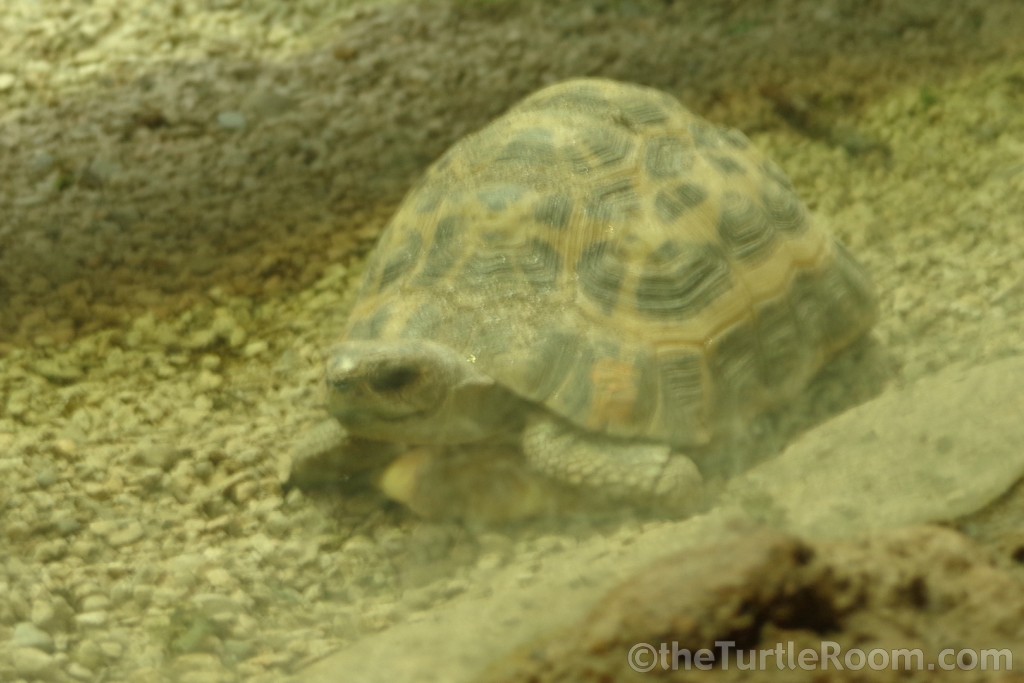 World of Reptiles offers incredible opportunities to view some of the world’s most impressive Chelonians. The reptile nursery is the first thing you see when you enter the building. Hatchling Golden Coin Turtles (Cuora trifasciata) and Forsten’s Tortoises (Indotestudo forstenii) can be observed up close and personal in their rearing tanks. Small enclosures inhabited by assorted semi-aquatic turtles can also be seen. However, the distance made it very difficult to read their labels, as they were undoubtedly only meant to be seen by those in the nursery. 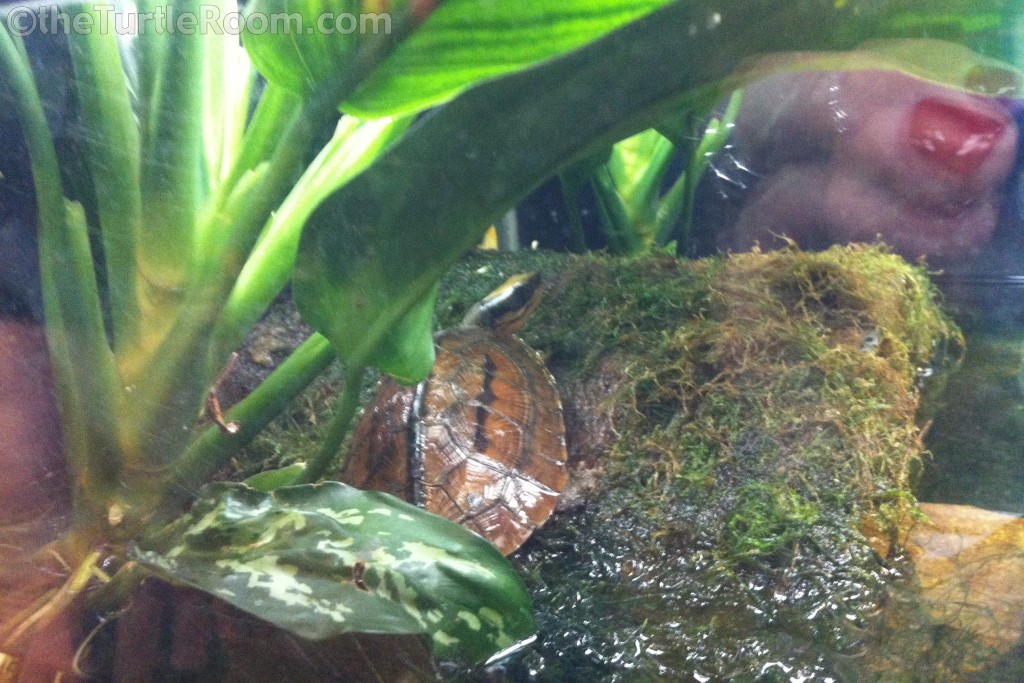 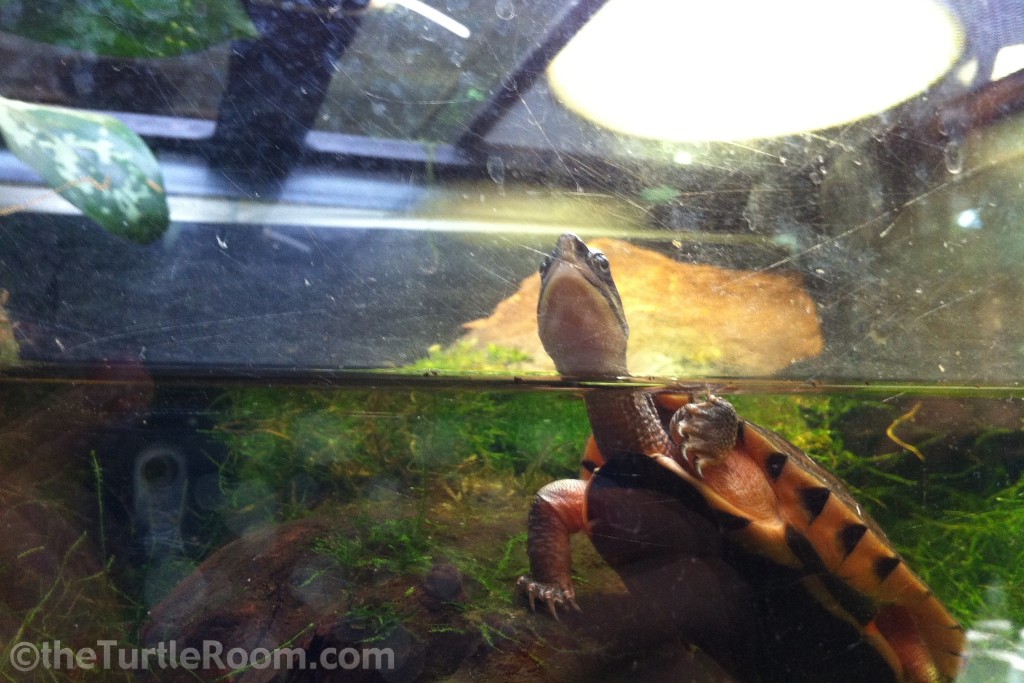 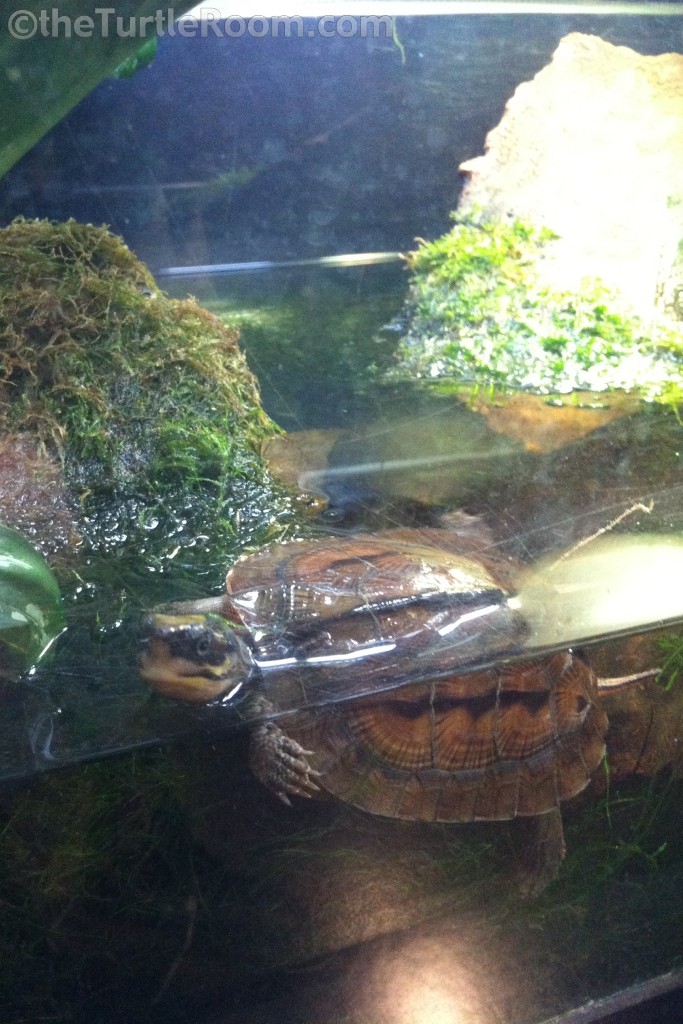 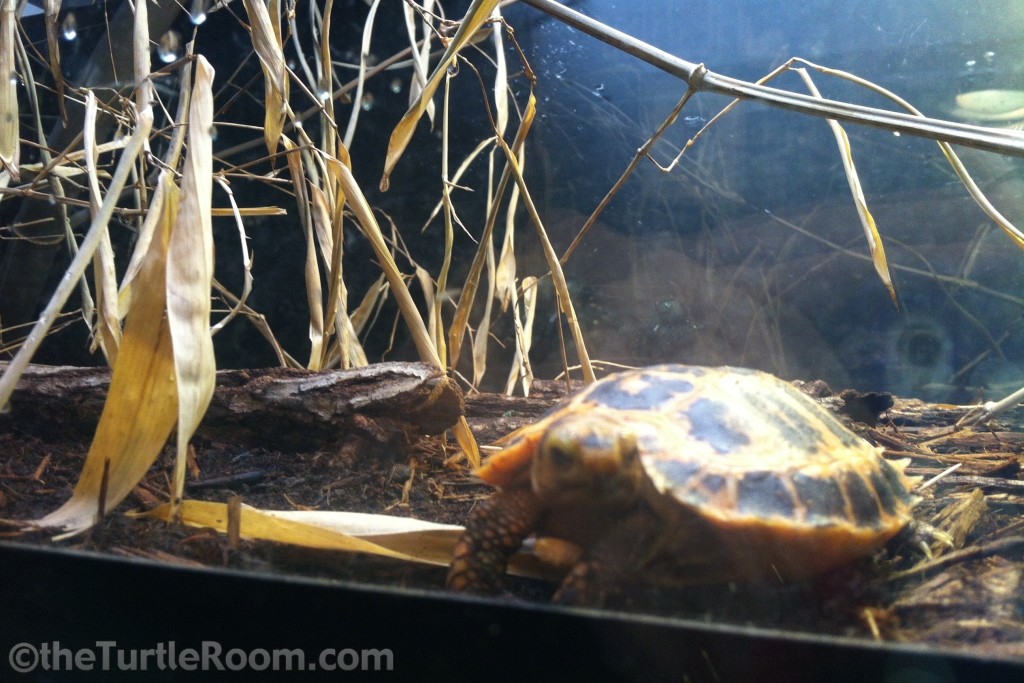 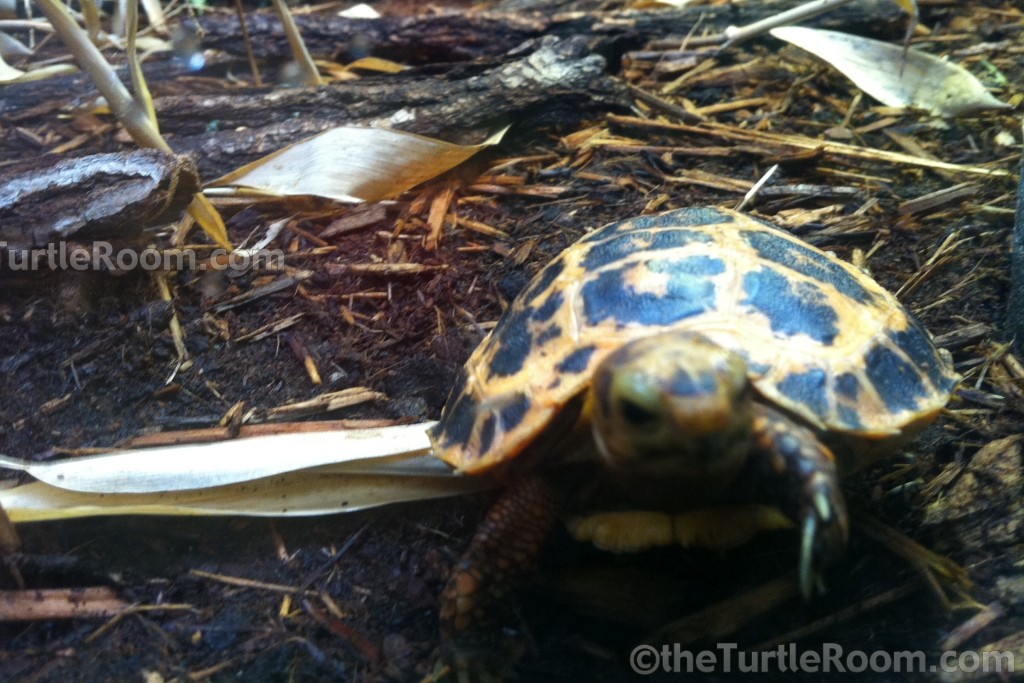 As we left the nursery, we realized that we were in for a treat in this building. Just around the corner was an exhibit dedicated to a group of young juvenile Volcan Wolf Tortoises (Chelonoidis nigra becki)! These tortoises come from Volcan Wolf on Isabella Island, the highest point on the Galapagos Islands. I’m sure it is safe to say that many Zoo visitors who saw the tortoises were seeing this subspecies for the very first time, which was the also case for my family and me. 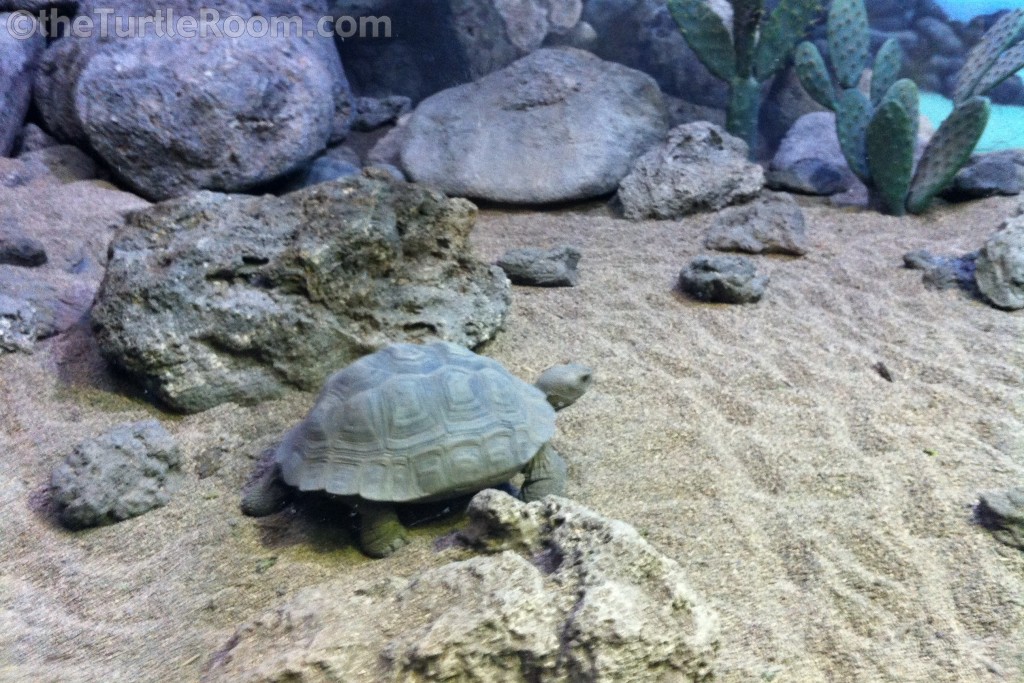 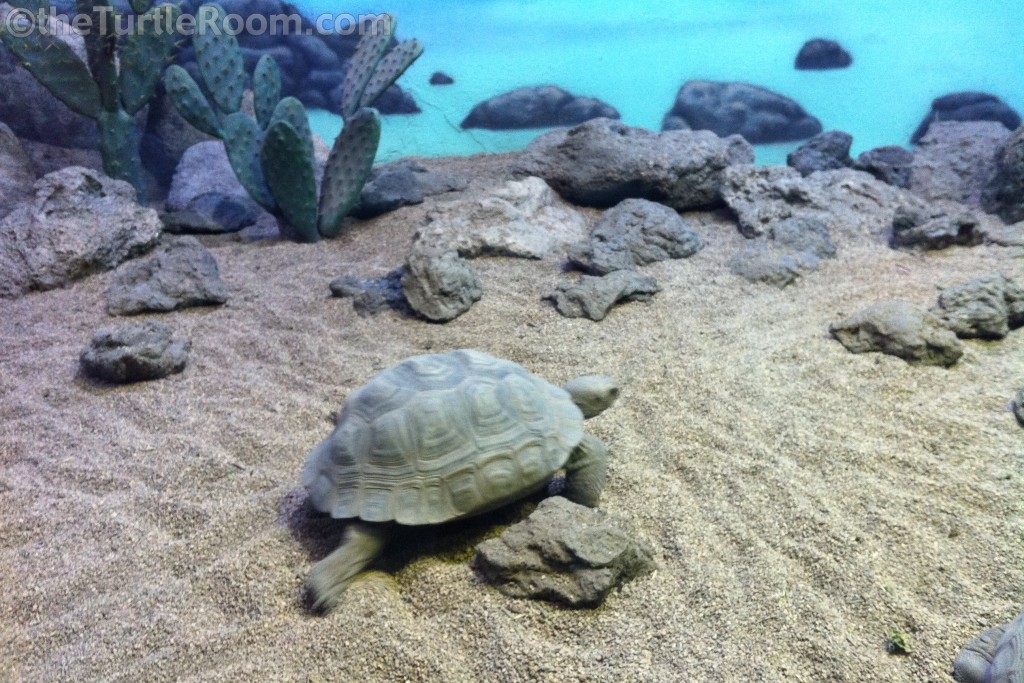 As our tour through the World of Reptiles continued, many unique enclosures came into view. These housed some of the most elusive and impressive reptiles in the world. Beautiful freshwater aquatics like the Red-Bellied Short-Necked Turtle (Emydura subglobosa) and the Red-Headed Amazon River Turtle (Podocnemis erythrocephela) can be watched in elaborate enclosures. This exhibit also includes some of the world’s largest freshwater turtles, such as the Broad-Shelled Long-Necked Turtle (Chelodina expansa), Malaysian Giant Turtle (Orlitia borneensis), Painted River Terrapin (Batagur borneoensis), Mata Mata (Chelus fimbriata), Alligator Snapping Turtle (Macrochelys temminckii), and the amazing Giant South American River Turtle (Podocnemis expansa). 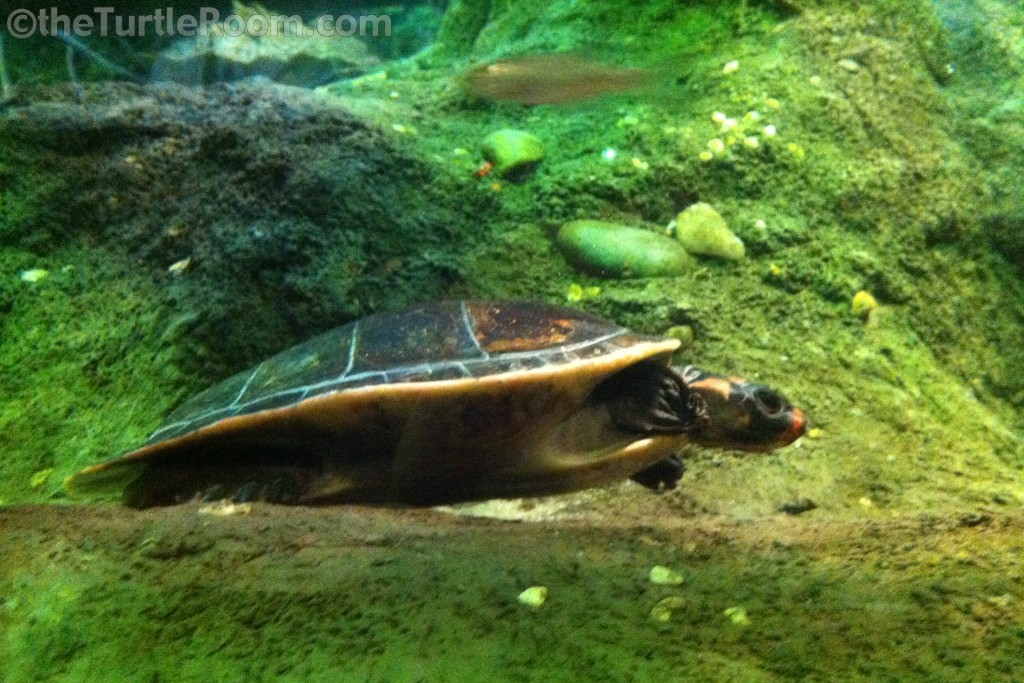 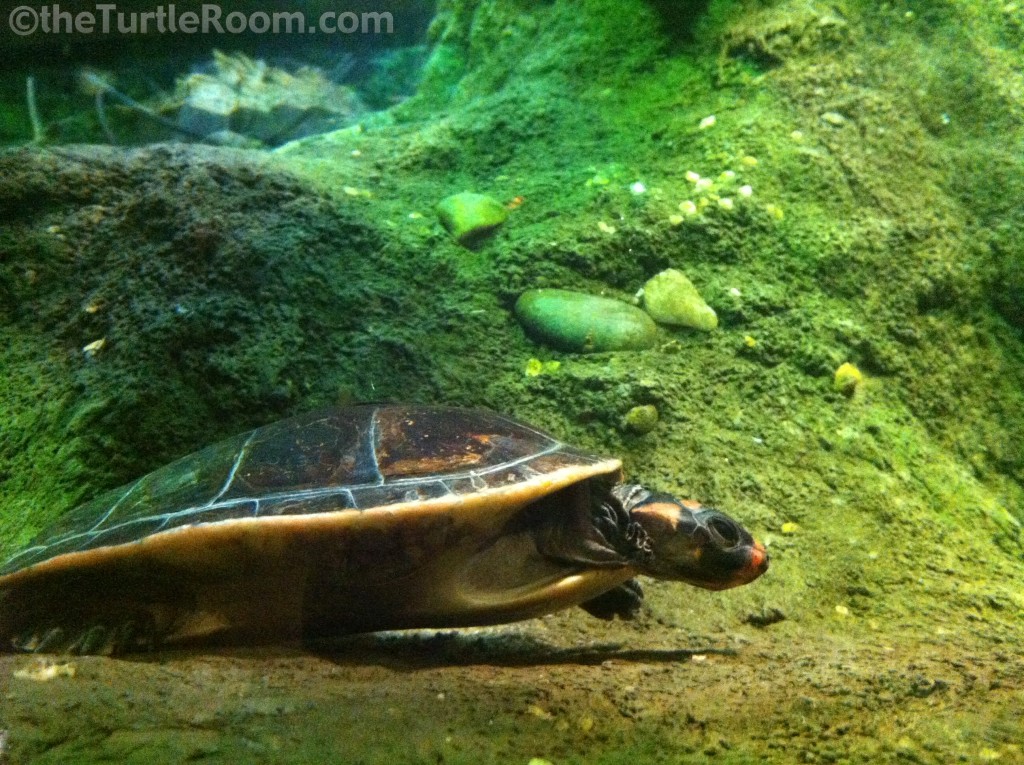 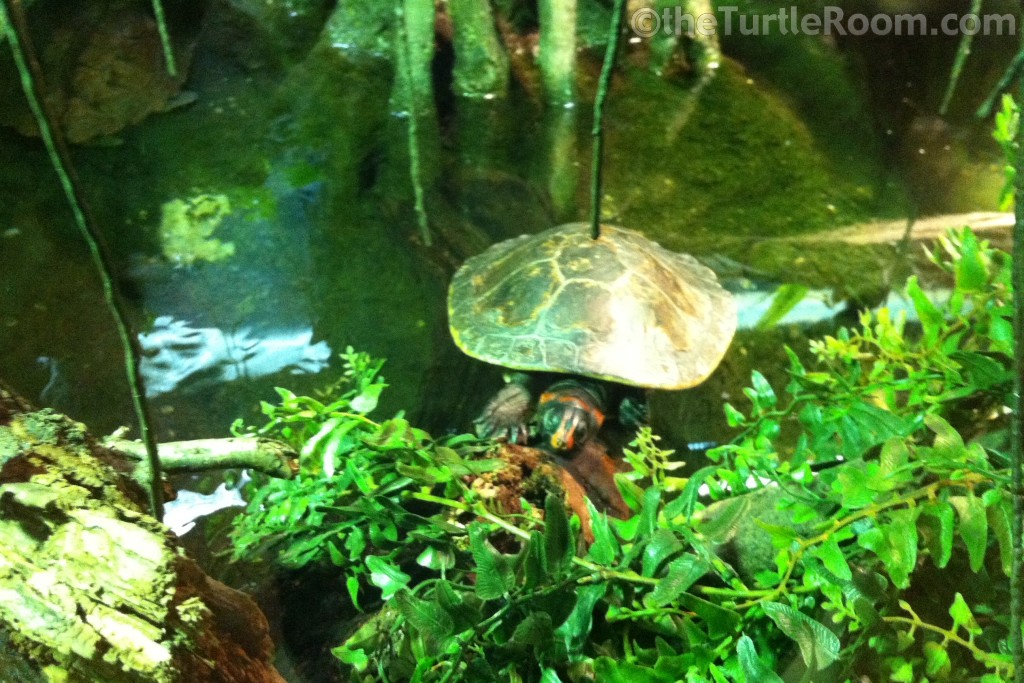 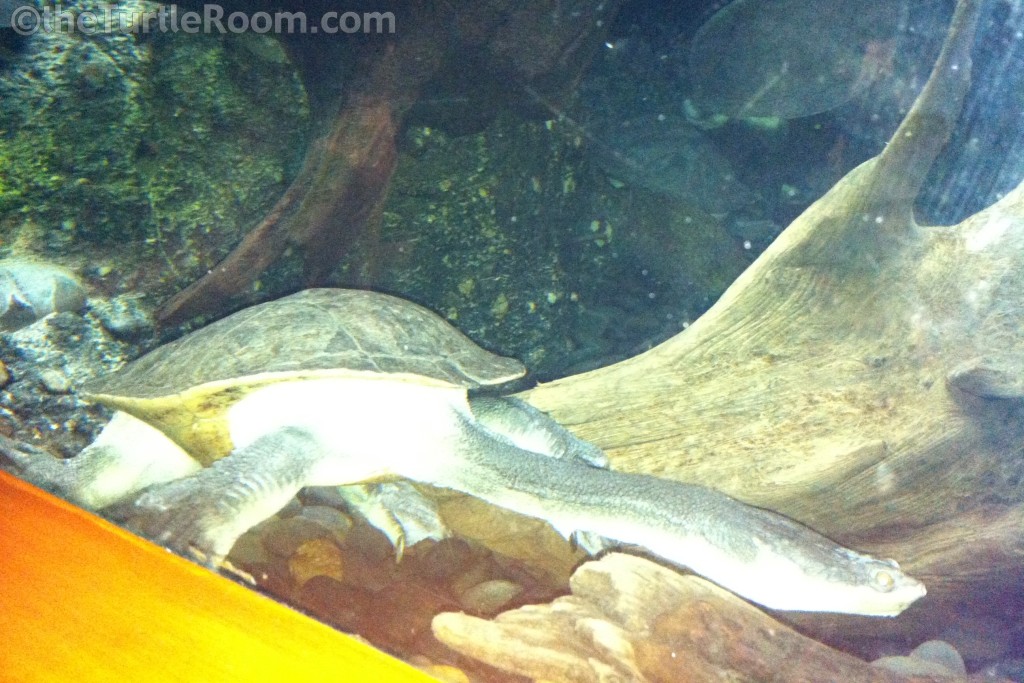 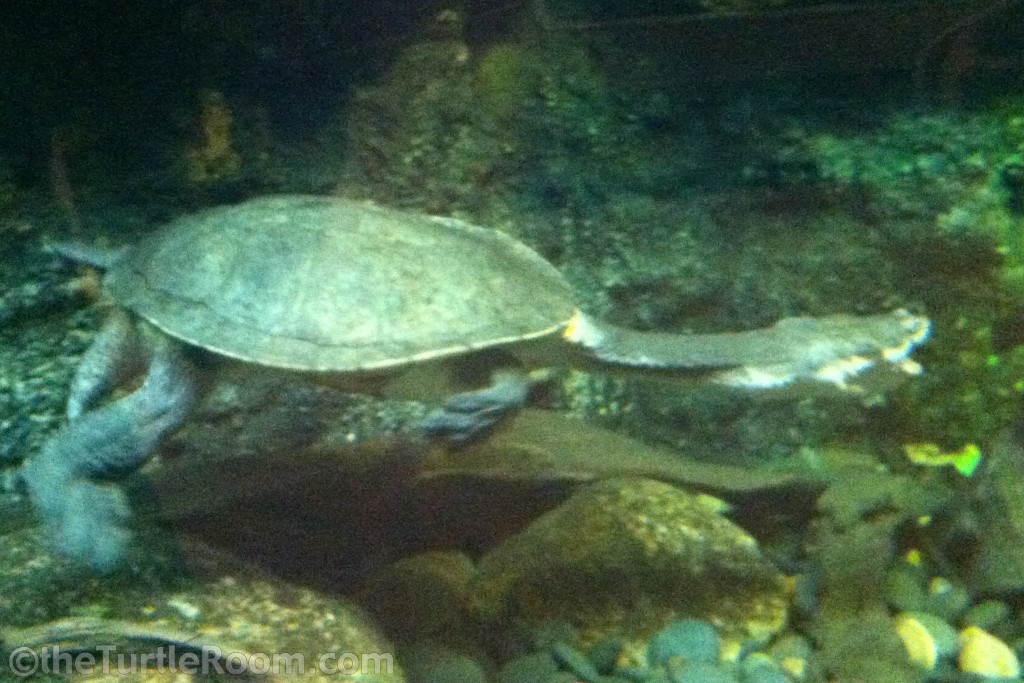 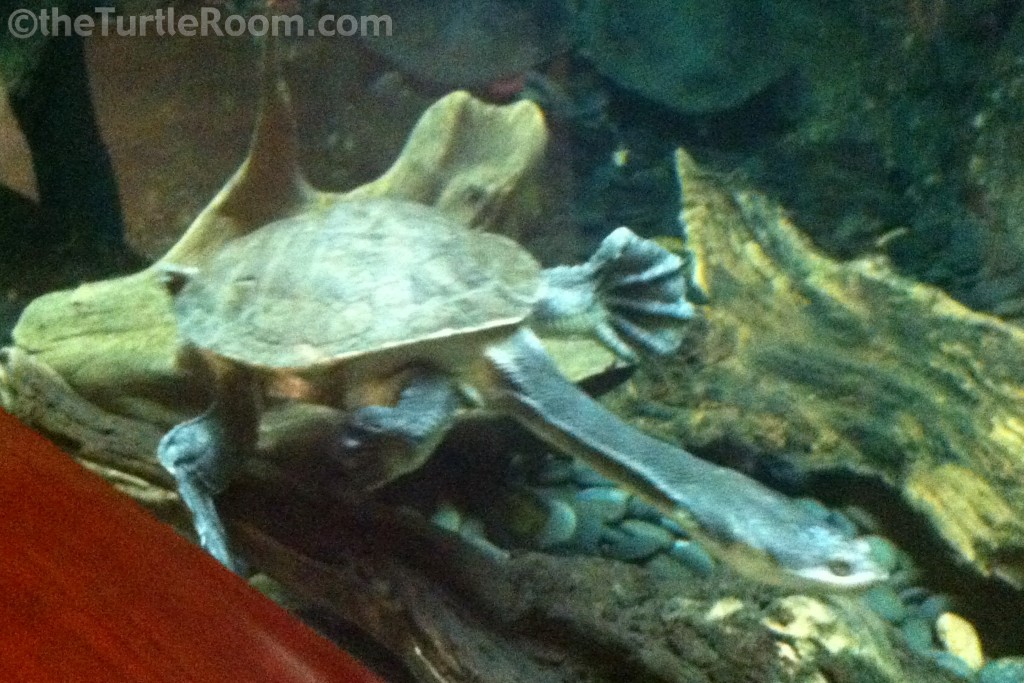 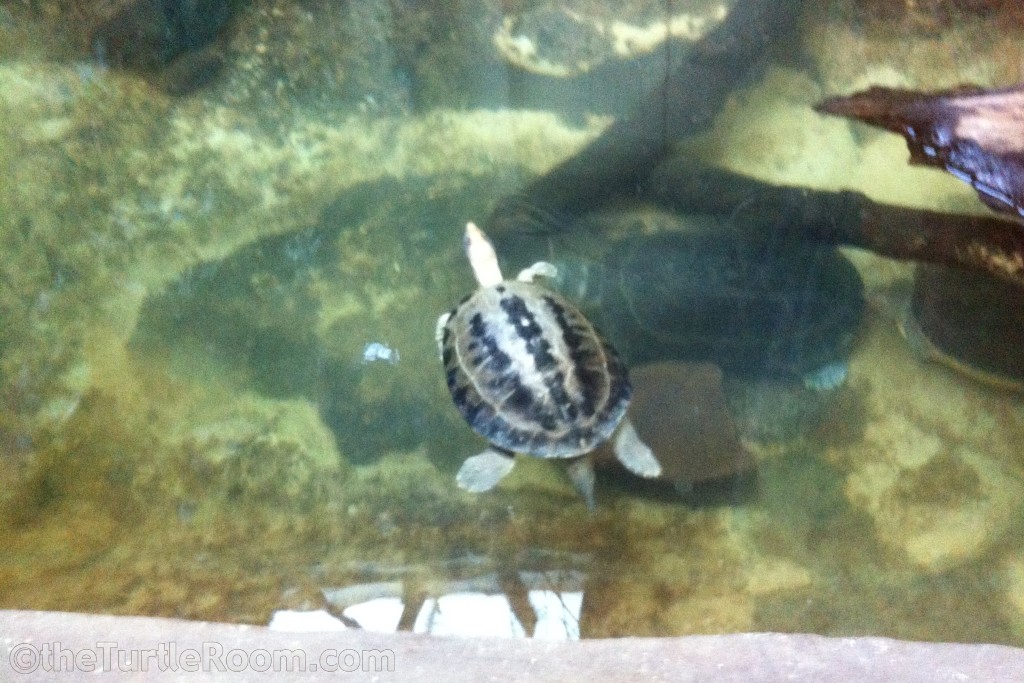 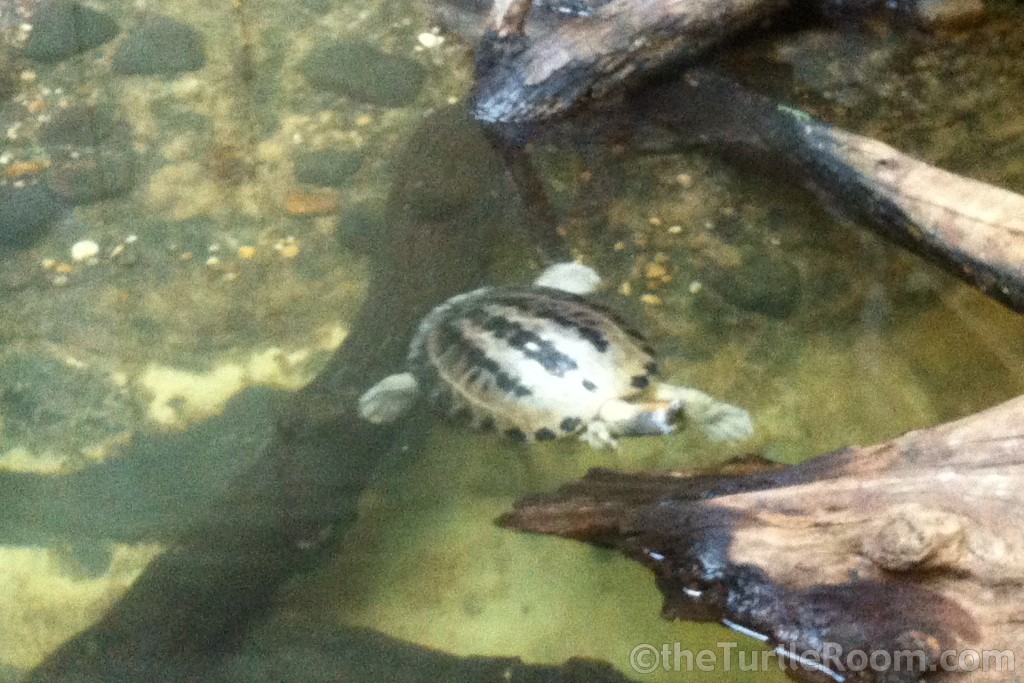 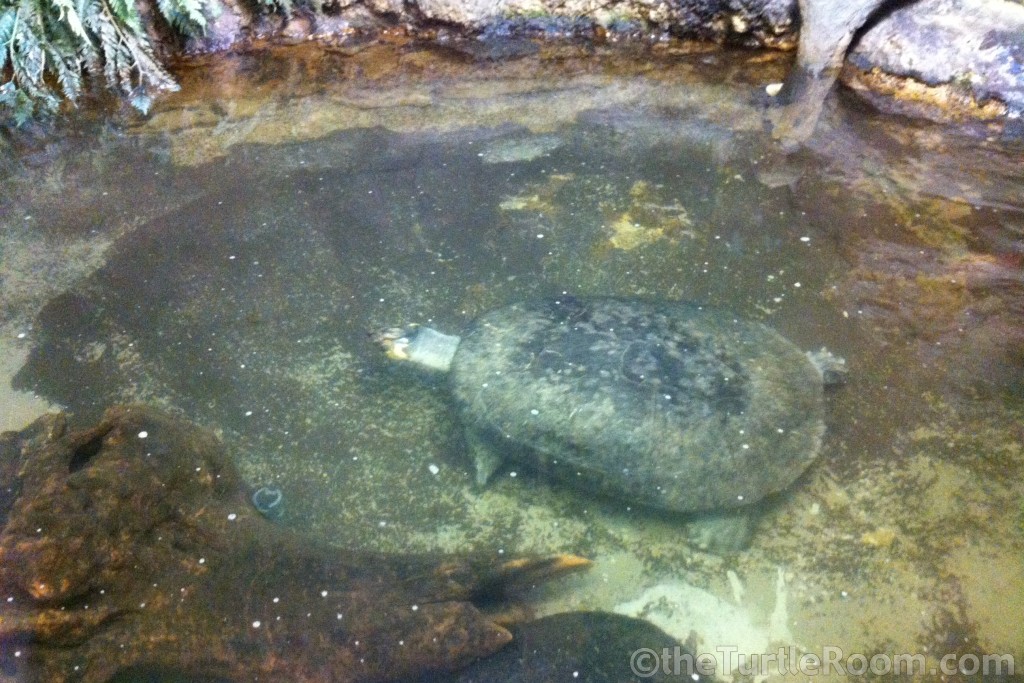 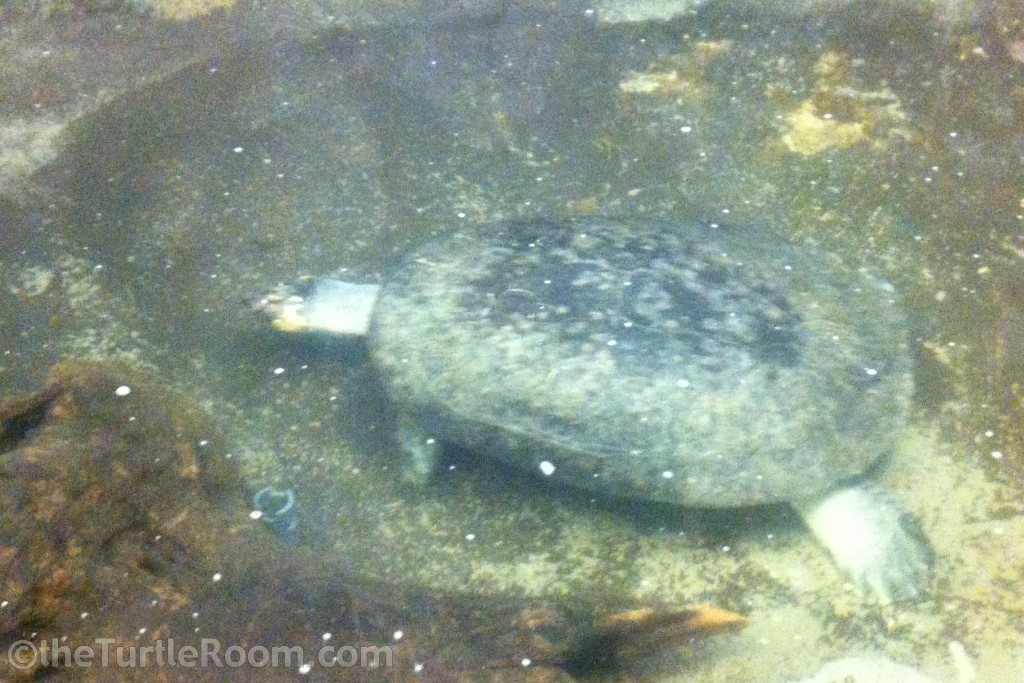 After leaving the World of Reptiles, there is an attractive bridge that crosses over an outdoor canal which is home to many turtles that can be seen basking. Generally, this canal houses species native to the area, which is a nice touch since no displays are dedicated to native species. Species living here include Stinkpot Musk Turtles (Sternotherus oderatus), Common Snapping Turtles (Chelydra serpentina), and Eastern Painted Turtles (Chrysemys picta picta); as well as the common guest, the Red-Eared Slider (Trachemys scripta elegans).

The last stop that includes Chelonians at the zoo is called JungleWorld. This site displays adult Forsten’s Tortoises (Indotestudo forstenii). We couldn’t help but wonder if they were the parents of the hatchlings we enjoyed at the nursery. The visit to JungleWorld and the zoo concluded as we stopped to watch a majestic Fly River Turtle (Carettochelys insculpta) swimming effortlessly through the giant clear water pond I remembered from a visit here in my youth. All those years ago, I didn’t know the scientific name of any of the animals I saw. However, maybe the memory of that feeling I got watching a similar, or perhaps the same, animal swim is what led to my lifelong passion for turtles. 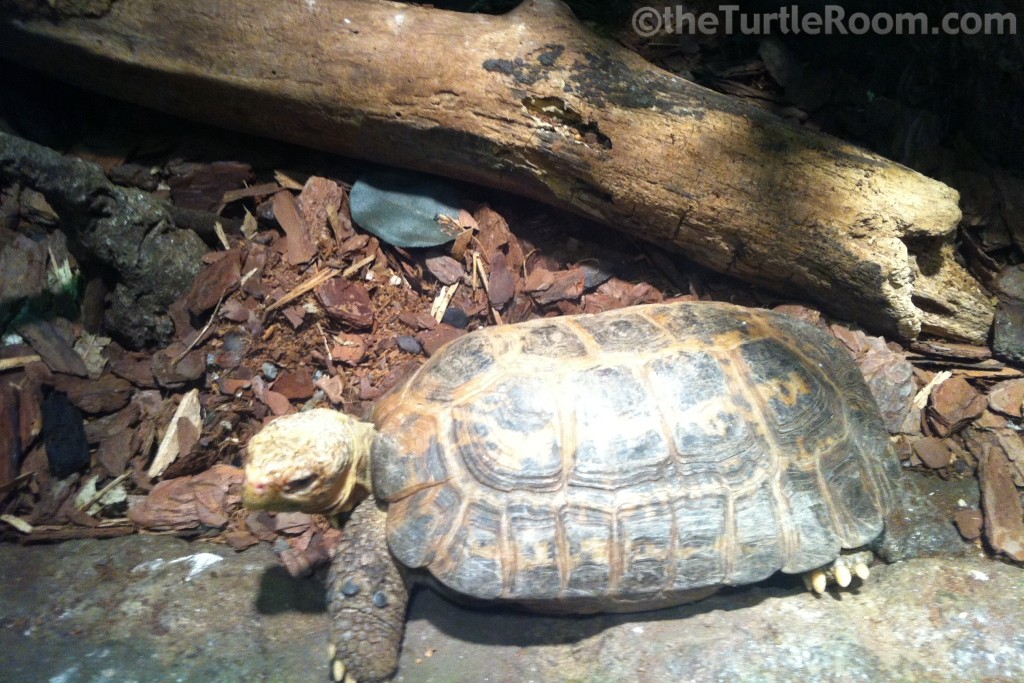 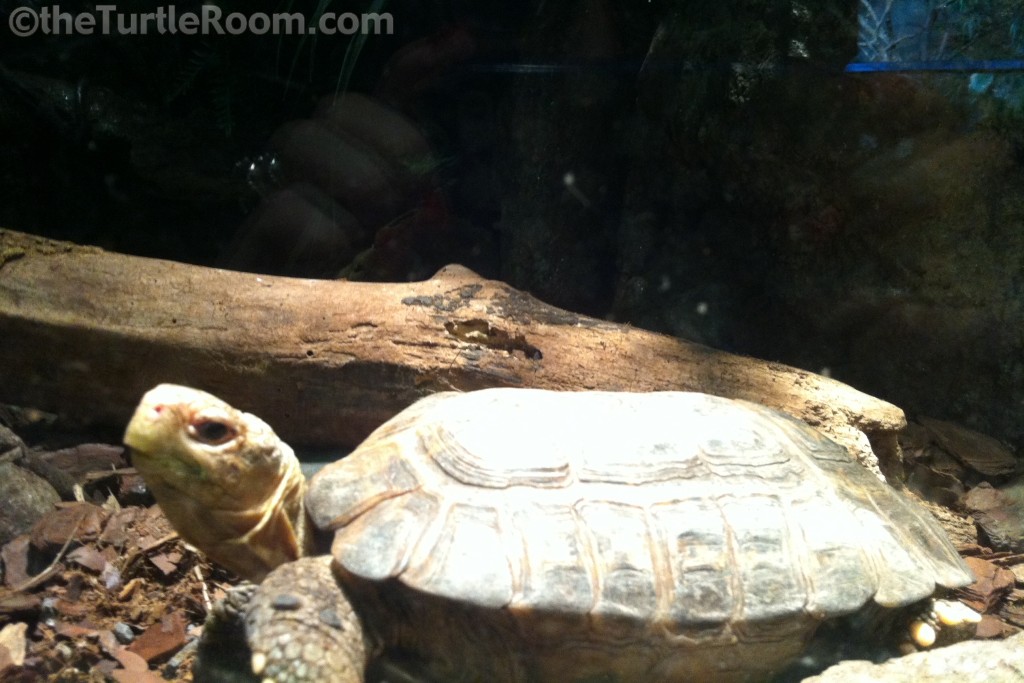 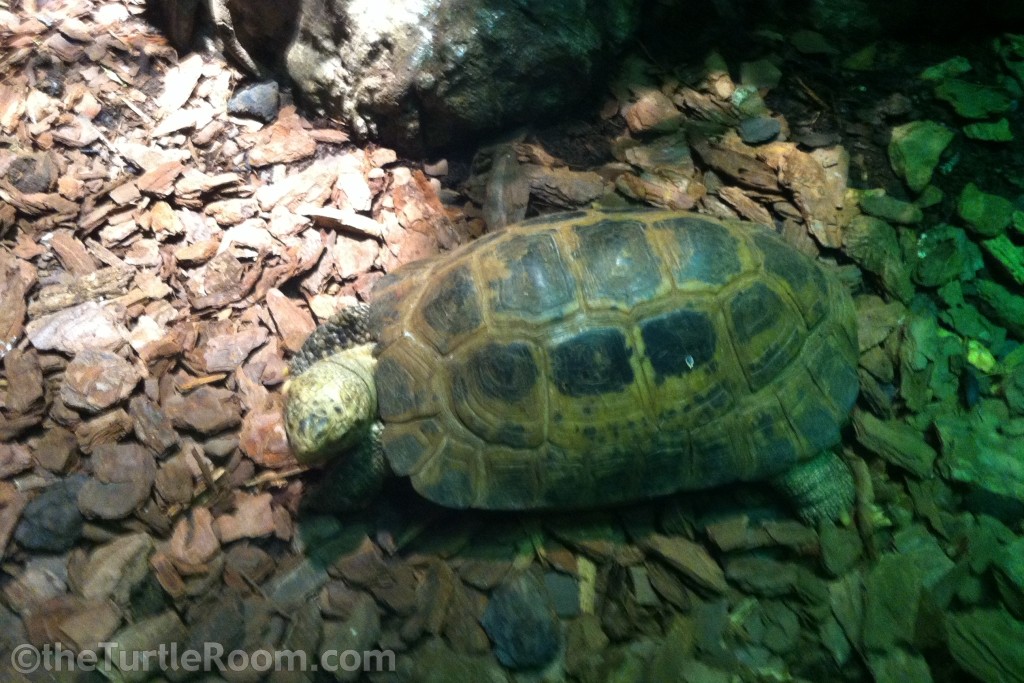 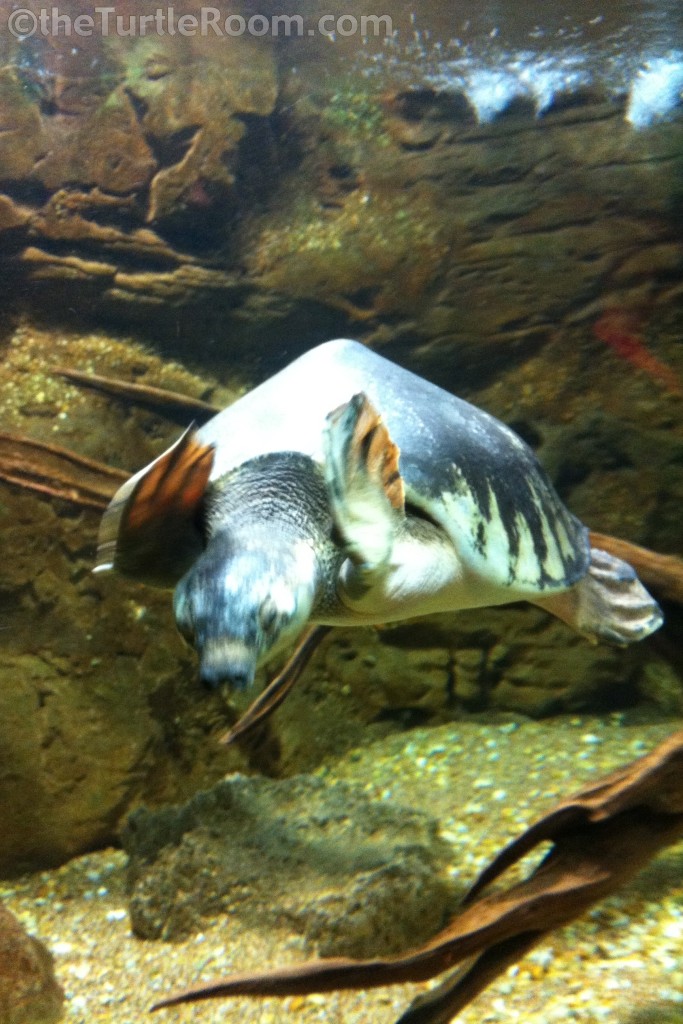 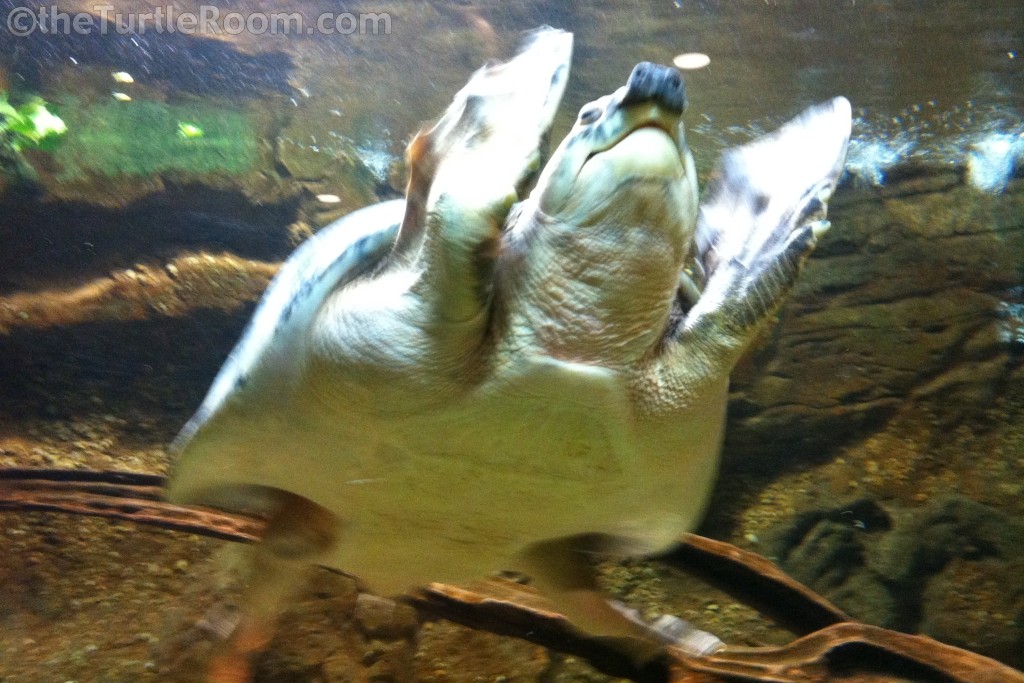 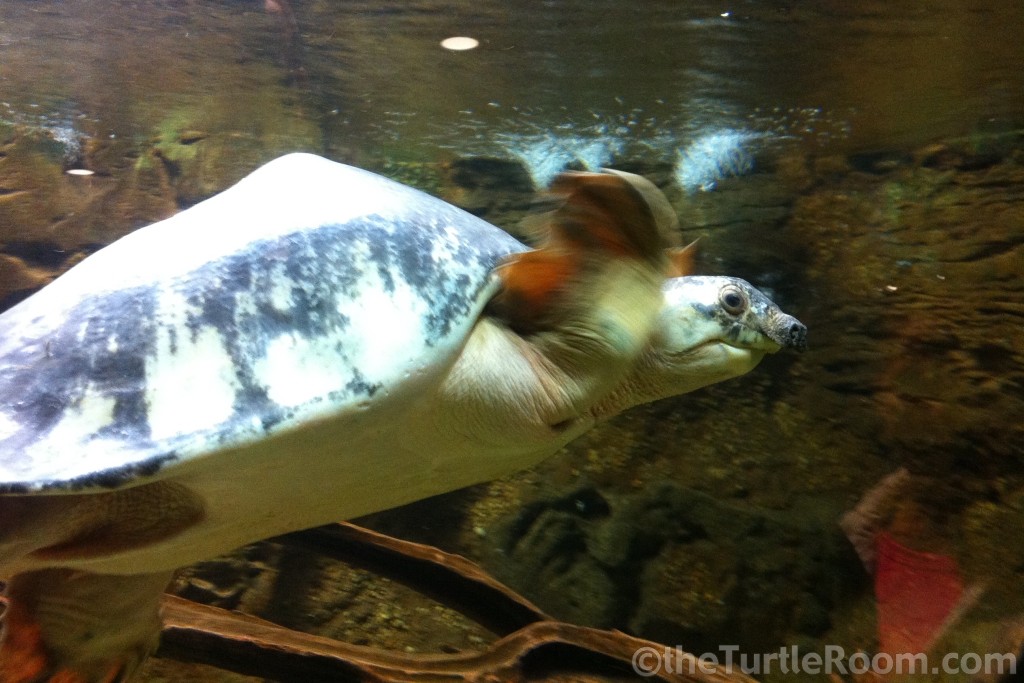 They say beggars can’t be choosers so I won’t complain that Indian Spotted Pond Turtles (Geoclemys hamiltonii) were listed in that last enclosure and I couldn’t seem to find any. I’m sure they were just hiding on me like the M.temminckii and C.fimbriata in the World of Reptiles, or were just as shy as the G.hamiltonii during Steve’s trip to the Tennessee Aquarium.

Turtles are amazing, but seldom thought of first among the general public or in conservation efforts. The Bronx Zoo has made an amazing effort to bring the most impressive and endangered Chelonians to families from all over the world. Their collection is stellar and I would recommend a trip to the zoo for anyone with any interest in animals, especially those with an interest in turtles.

To see more of our journey through Bronx Zoo: Full Gallery

*All photos taken by Anthony and his wife.