Anthony walks you through the construction of the nest box for his above-ground ponds.

Before deciding to move your animals outside, you must first answer some basic questions before constructing an enclosure: “Will my turtle escape?” “Will predators be able to gain access to my turtles?” “How will I protect them from the elements?”

To answer these questions, some planning is necessary and the result will depend on the resources a person has to work with. For instance, the size and location of your yard, population of your neighborhood both with people and possible predatory animals, and the amount you are willing to contribute financially to the project are just a few factors that will determine what your enclosure will look like. This article is an attempt to detail one possible method for building an outdoor turtle enclosure and the ever-changing thought process that led to the end result. 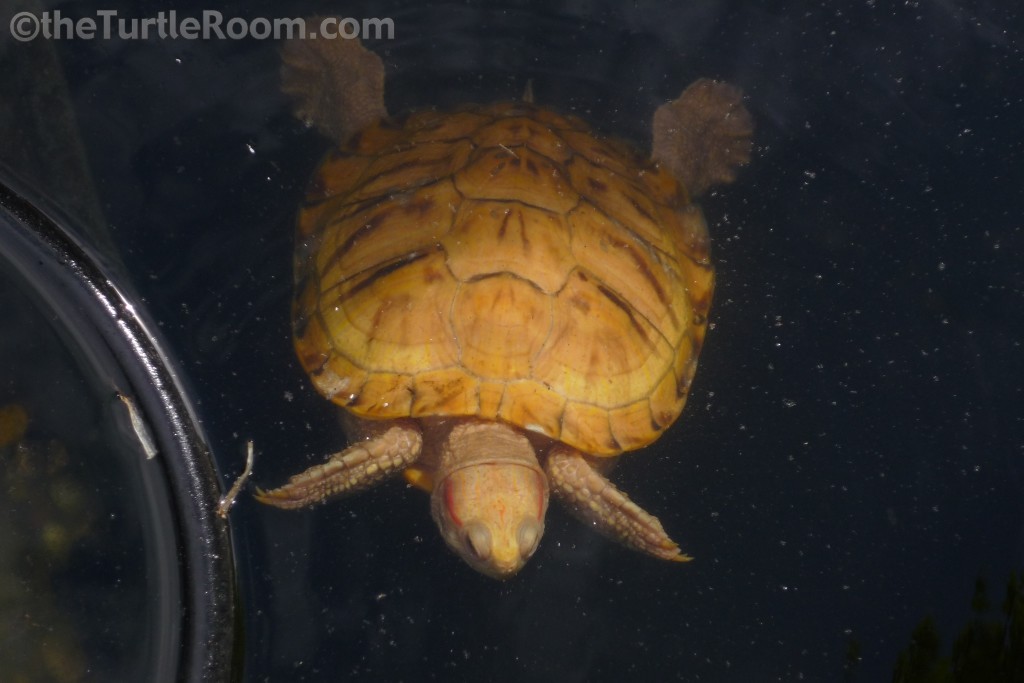 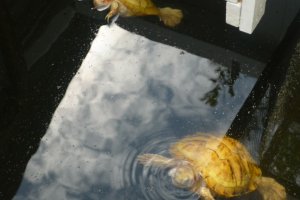 The biggest part of the build is preparing for the actual move outside. Predators have been and remain a main concern when planning the build, and our pond box was built with this in mind. Large, pressure treated boards were used to build a box big enough to house multiple turtles, but small enough to remain strong and last the test of time. This pond measures roughly 6 ft by 4 ft and has a depth of 2 ft. The wooden structure was built first, and a pond liner was laid inside, leaving enough room for the liner to pull into the corners when water was added later. The liner was nailed into place and weather resistant boards were added around the top of the pond with screws and make a ledge. A sturdy frame and hardware cloth (a metal screen product) makes a very strong cover to the pond and prevents escapes or access from predators or curious children. Four turtles called this pond home last year. 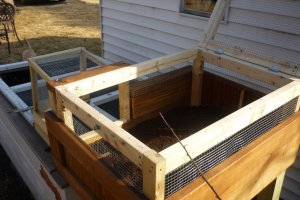 In preparation for this 2012 warm season, I contemplated many ideas concerning the best method for employing a new nesting area to such a unique pond. There have been many wonderful ideas used for indoor above tank basking areas, and Russ Gurley has provided photos of well-built boxes used for above ground swimming pool habitats. However, those didn’t seem to solve the predator issues that had us worried.

A blessing in disguise came when the agency that I work for started throwing out furniture one day. I am sure I am not the only turtle keeper out there that scans through discarded lumber, furniture or appliances and evaluates its “turtle-potential”. In other words, an old refrigerator that can be turned into an incubator or a dresser that can somehow be turned into a tortoise table would be a welcomed discovery. My big find this day came in the form of a bookcase that was being thrown away. It had a nice finish to it and was built with very strong and heavy lumber. Let’s just say it wasn’t from Bob’s. I knew it was the right bunch of wood to do the job and the fact that it was already a good size and shape added to its attractiveness. 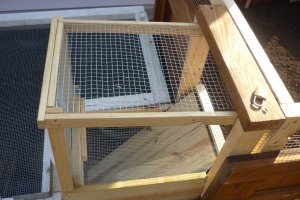 I took the box home and after a few weeks of planning and building, the nest box began to take shape. I turned the bookshelf on its back and used pressure treated lumber to construct a frame that extended out from the box to make it taller. I cut the bottom of the bookshelf, (now the front of the nest box) to make an opening where the ramp would eventually lead. I used hardware cloth to predator-proof all open areas and added a top with hinges to allow daily checking for eggs. Three sturdy 4 x 4’s were used to support the weight of the box, with paving stones buried beneath them to avoid sinking into the ground. I then constructed a smaller box around the ramp area and cut the cover to the pond to fit the new ramp and the box around it. I nailed a shingle material normally used for roofing to the ramp to make climbing easier for the turtles. The front side of the nest box rests on the ledge of the pond. For the nesting substrate I used a mixture of organic topsoil, sand and peat moss in the nest box with a darker mix on top, to make potential nests more detectable. 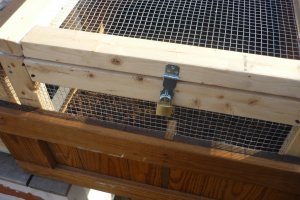 Like any of my turtle projects, this is a work in progress. As new ideas come up, the pond will change accordingly. Such changes, like anything else, will depend on the level of success that is observed in the future. This project, like so many others, really makes it so evident that this hobby is so sensitive to the human touch. It can be tough to diagnose reasons why things may not work out, but we must be willing to take educated guesses and make appropriate tweaks when necessary. We have found that it is best to remember that the safety of the animals comes first, and the best approach is to try and best emulate the conditions an animal would enjoy in the wild. This is our duty as responsible turtle nerds. 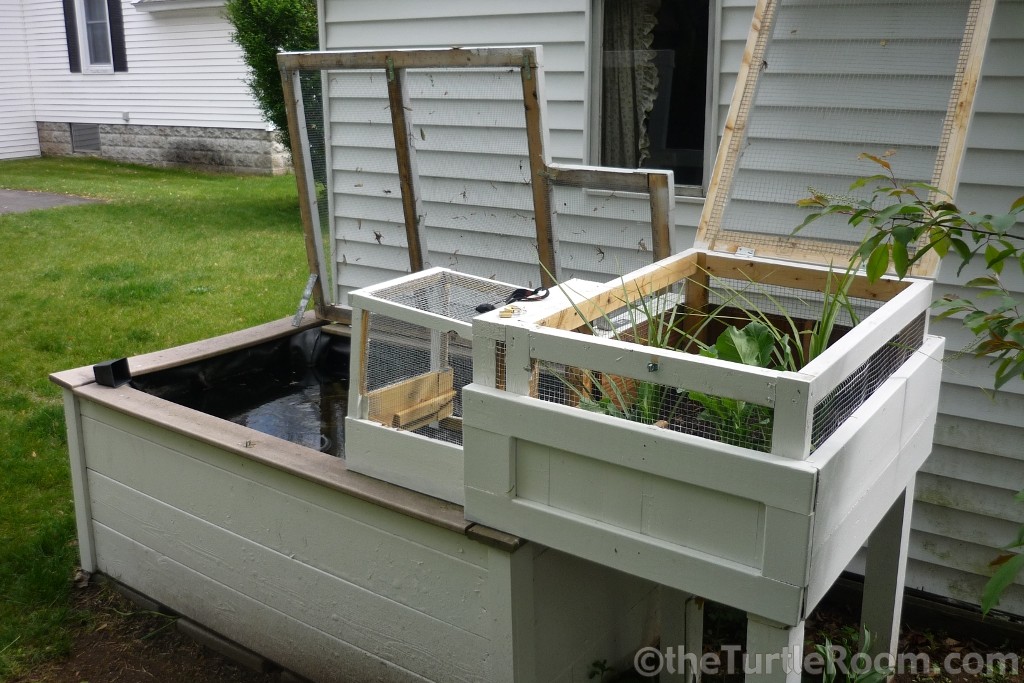 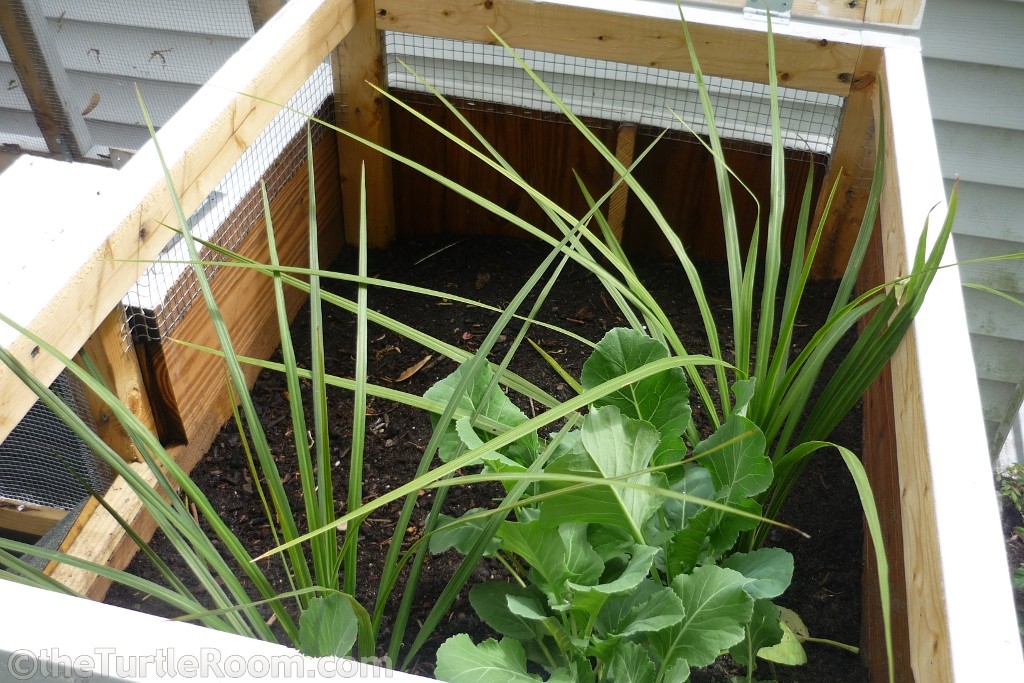 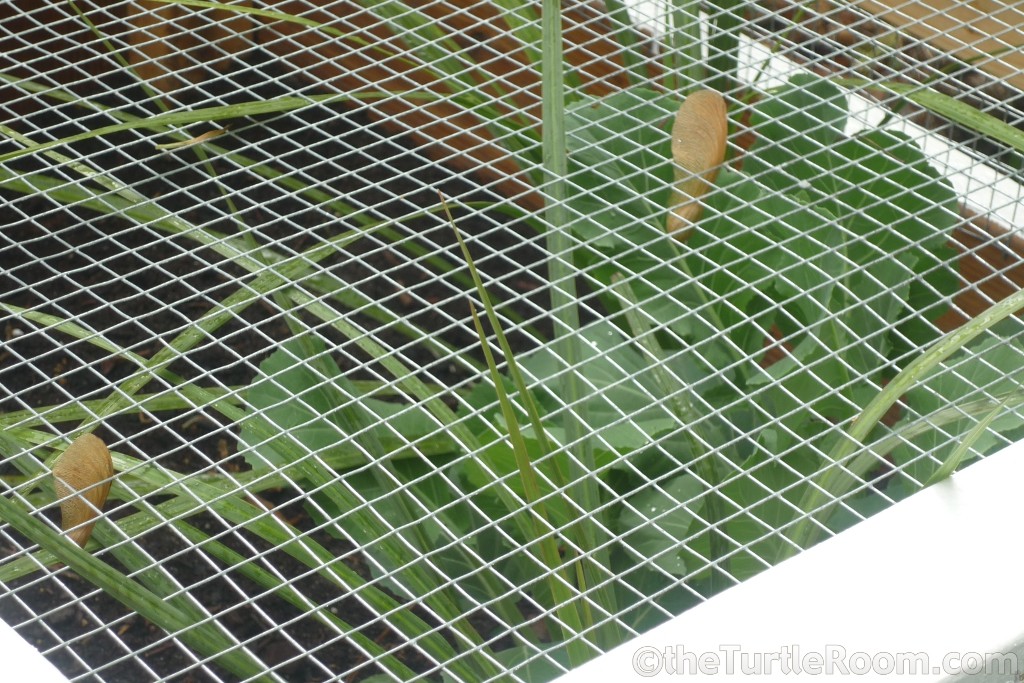 2 thoughts on “Building A Nest Box For Above-Ground Ponds”