Joe visits the Denver Zoo on May 19, 2014 and gets a surprise off-exhibit experience.

When I head home to Colorado, I try to make it to the Denver Zoo at least a few times a year. It is always exciting seeing the changes in the zoo – especially, when it includes a new chelonian addition. Recently, I was visiting family in Denver and decided to make a trip to the zoo with some friends. I arrived at the zoo on time. However, my friends were running late so I decided to make my usual rounds. I first stopped by Bird World to see the Three Toed box turtle (Terrapene carolina triunguis) that they keep there. Sadly, I could not find him. So I moved on to Tropical Discovery where almost all of the reptile and amphibians are kept. 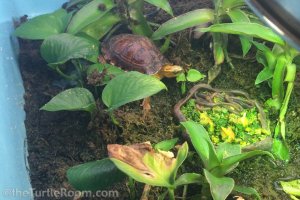 As I made my way through Tropical Discovery, I took in the sights of the countless species and groups of animals, all stunning and very enjoyable. Some of my favorite species there are the Leopard tortoises (Stigmochelys pardalis) and the Vietnamese Black-Breasted Leaf Turtles (Geoemyda spengleri). I stopped by the nursery area to see if anything was available for viewing. They had a young snake displayed and four tubs in the room, but the contents of the tubs were obscured. After hanging around for some time, I decided to head home. However, on the way back to the entrance I ran into my friends. Little did I know, but my real trip to the zoo was just beginning.

I didn’t know it yet, but I’m glad my friends convinced me to stay a while longer and show them around. So we toured the cat house, and then made our way to Tropical Discovery again. My friends and I were having a blast looking at all of the animals, especially the New Caledonian Giant Gecko (Racodactylus leachianus) right across from the nursery area. I saw a zoo keeper starting to enter the room and I quickly got her attention and asked if they were keeping the young Sulawesi Forest turtles (Leucocephalon yuwonoi) in those tubs. She told me they did have one there and asked if I would like to see it. I couldn’t turn her down and excitedly agreed. 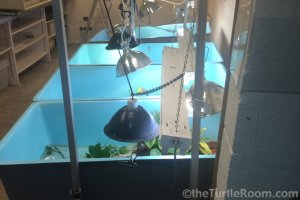 Sue took me into the nursery and proceeded to show me the tubs containing the turtles. In these tubs they had a male Cuora trifasciata, a young Leucocephalon yuwonoi, a young male Cuora mccordi, and two young Geoemyda spengleri, one of which was male. I was in awe of these species and learned that they had breeding groups elsewhere in the building. I continued to ask her more about the groups they kept at the zoo and ended up learning a great deal about the four species in front of me. I was especially interested in their husbandry practices for G. spengleri, as I have two young ones of my own, and gained a great deal of knowledge on how they have been so successful. I recalled a few years back seeing these two on display as hatchlings and was amazed to learn about the incubation temperatures they have been using to attempt to produce males. She explained that temperatures of 18.3-21.1°C seem to help produce males – at the very least, these temperatures helped produce the young 2.5 year old male in front of me. Before I left, I thanked her for her generosity in the time she spent talking turtles with me and the knowledge she shared.

Needless to say, an unplanned trip to the Denver Zoo proved to be an incredibly enriching learning experience on many rare and endangered species of Asian turtles. Once again, I want to graciously thank zookeeper Sue in Tropical Discovery of the Denver Zoo for her time and knowledge. The Denver Zoo continues to grow and prove an invaluable resource to the captive propagation of endangered and threatened animals of all species. 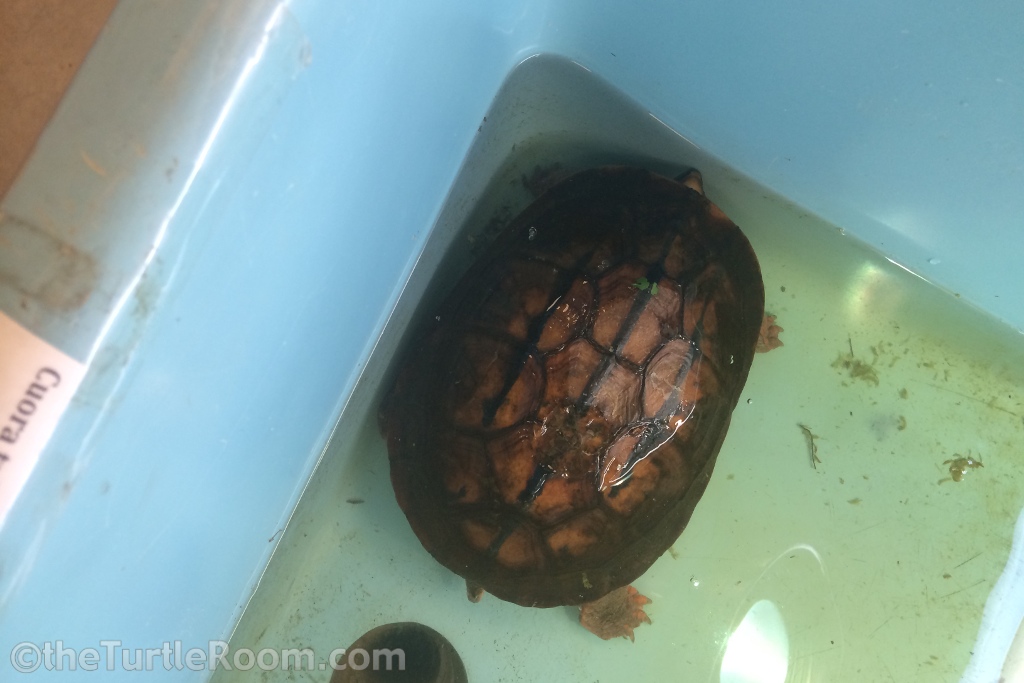 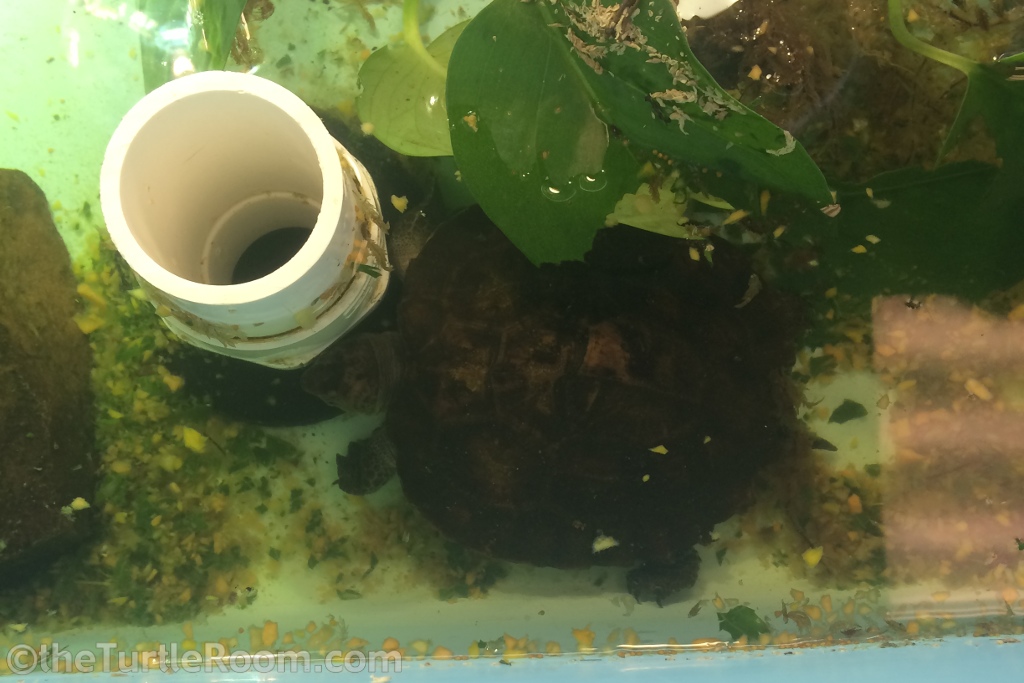 Joe is no longer part of the tTR team. What follows is his old bio from before he left the team. Joe is a Husbandry Specialist, working privately to develop quality, detailed captive breeding programs of carefully selected turtle and tortoise specimens in an effort to meet theTurtleRoom's conservation goals. He also participates in the development of theTurtleRoom's educational resources. Joe lives in Minnesota and currently working with terrestrial turtles and tortoises like The Keeled Box Turtle (Cuora mouhotii obsti) and a few species of aquatic turtles. Joe is a member of the Turtle Survival Alliance and Turtle & Tortoise Preservation Group as well as TurtleForum.com, TortoiseForum.org and TortoiseBoard.comwhere he can be found on all as Joe_S.

1 thought on “A Denver Zoo Surprise”