Spider Tortoises earn their common and Latin names from the radiating carapace markings that resemble a spider’s web. The shell is a cream color, and the black pattern extends outward in all directions from the areola of each vertebral and pleural scute. Older adult specimens may lose their patterning with age and take on a uniform tan or cream color. Its head is proportionately small, with a darker brown or black color above, and the chin, neck and parts of the face are yellow. The plastron of Pyxis arachnoides brygooi is entirely devoid of markings and is tan or yellowish in color. The plastron in this subspecies has no hinge. P. a. brygooi can be differentiated from its two subspecies through its plastron, as P. a oblonga has a hinge and black plastral markings, and P. a. arachnoides has no markings but does possess a hinged plastron.

The Spider Tortoise is found only in the arid region of the coastal areas of southwestern Madagascar, from the coast up to 10-50 kilometres inland going as far north as Morombe. It is sympatric with the Radiated Tortoise except for the northern extent of its range.

The northen subspecies, Pyxis arachnoides brygooi is found from Monrobe to North of Tulear. Its range is divided into three separate populations within the Mikea forest. An area of intergradation between P. a. brygooi and P. a. arachnoides exists towards the coast between the Manombo River and north of Toliara.

For feeding Pyxis arachnoides ssp. in captivity, Michael Ogle, Assistant Curator of Reptiles, Knoxville Zoo will seasonally offer Opuntia fruit, but only occasionally since it is a relatively recent arrival to Madagascar; Opuntia cacti was brought to the Island some 300 years ago. Every two to three weeks during the warmest months, Michael adds some shredded cactus pad to their greens diet just for diversity's sake. The easiest succulents to grow and feed are various species/varieties of Sedum, which are readily found in garden centers during the warmer months and the tortoises love them (personal communication, 2012).

The Northern Spider Tortoise appears from its favorite hideouts during the wet season. This emergence is most often triggered by heavy rains. During the dry season, the tortoise stays hidden under leaf litter, roots, sand or gravel. In captivity, P. a. brygooi displays these same behaviors, hiding in cooler and more arid conditions during the winter and emerging with increased heat, especially when their enclosure is misted. No solid data exists on longevity but estimated life span is believed to be up to 70 yrs.

When Pyxis arachnoides brygooi is active, it shows astonishing vivacity, runs around rapidly, and copulates noisily. The egg clutches are very small; generally only a single egg is laid. Incubation requires a diapause and hatching in the wild is stimulated by rain. 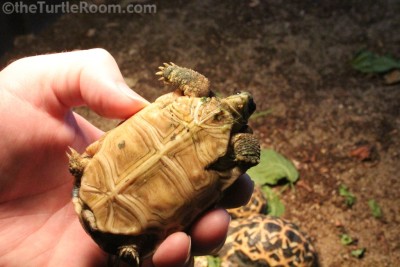 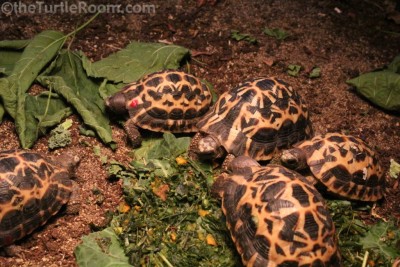 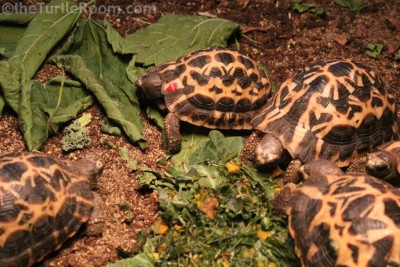 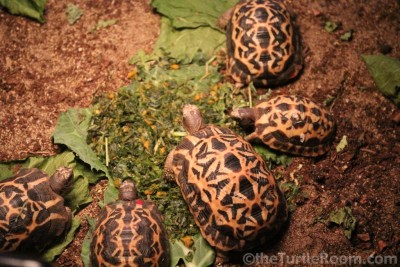 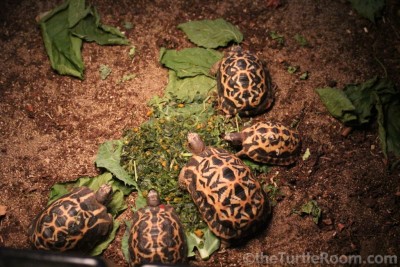 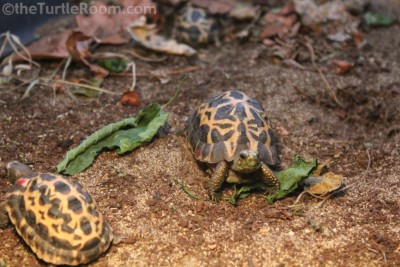 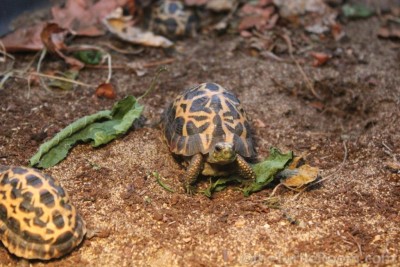 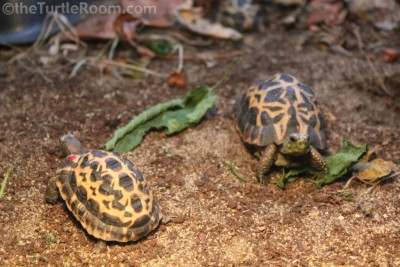 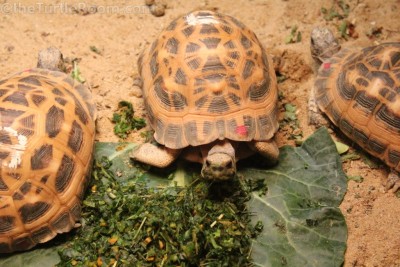 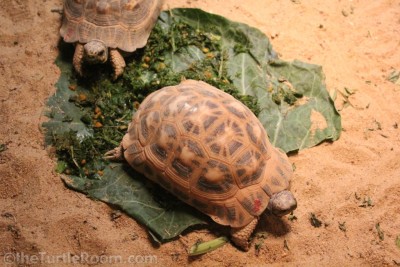 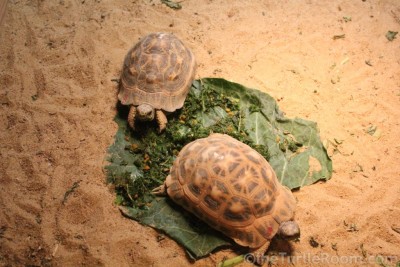 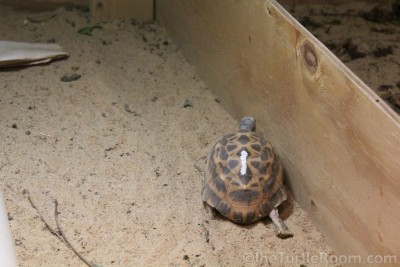 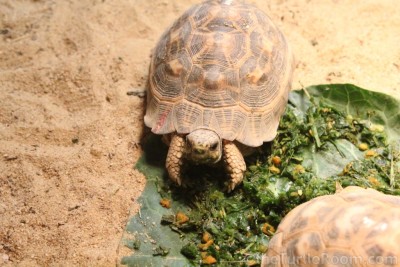 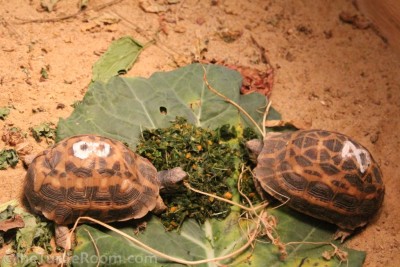 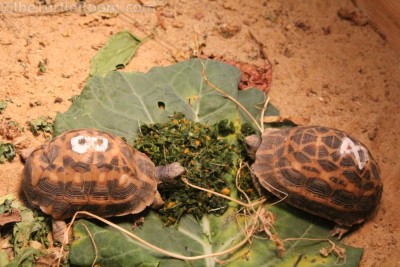 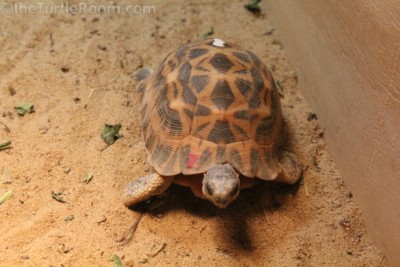 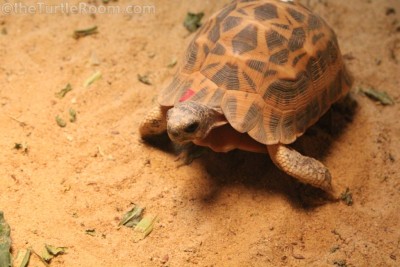 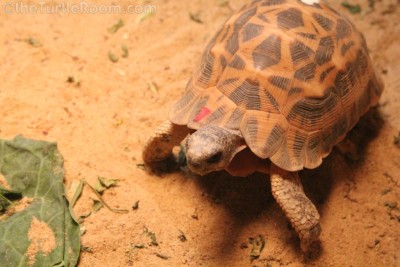 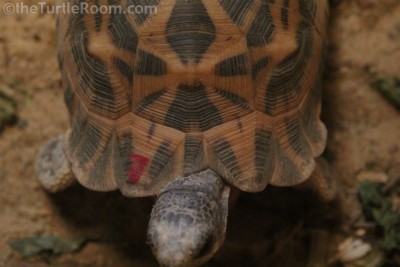 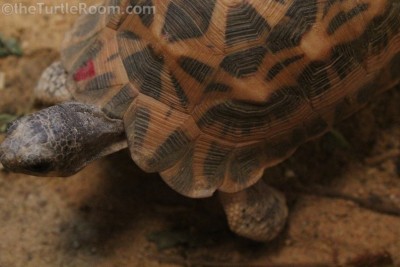 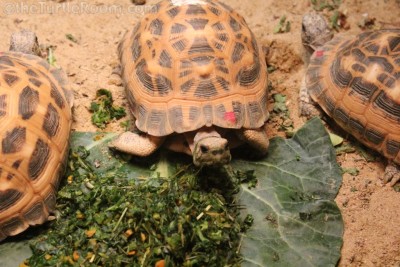