Graptemys flavimaculata is a small to medium map turtle. Males will typically reach 3"-4.5" (7.6-11.4cm) SCL, max 4.7" (11.9cm), while females will only reach about 5.5”-8" (14-20.3cm) SCL, max 8.4" (21.4cm). The carapace is olive to brown. It is moderately high domed and moderately keeled with spine-like projections on the first 4 vertebrals which become less pronounced with age and the posterior edge of the carapace is serrated. The primary identifying feature is the well-defined yellow to yellow-orange blotches on each of the pleural scutes; however, these markings can be quite variable and may appear as broken blotches, crescents, or rings similar to those on G. oculifera. The dorsal surface of marginal is marked with a wide yellow bar or semi-circle. These markings tend to fade with age, especially in older females. The plastron base is cream to yellow with varying amounts of dark patterning along the seams. This pattern also fades with age. The skin of G. flavimaculata is charcoal or off-black to dark-olive with yellow markings. The post-orbital markings are rectangular, circular or triangular and typically join a longitudinal dorsal stripe which travels from the orbit down the neck. There is a bold inter-orbital stripe from the eyes to the nose. The chin and throat are marked with broad longitudinal stripes and a transverse bar ("chin-strap"). Males will have narrow heads, slightly elongated foreclaws and longer, wider tails with the cloacal opening 1/2 to 2/3 of the way down the tail and a more juvenile appearance. Females will have shorter, narrower tails and a slightly bulkier build, including their heads.

G. flavimaculata seems to prefer medium to large rivers that supply an open canopy for a wealth of sunlight and basking opportunities. In accordance, these rivers often contain an abundance of snags, brush, and logs for basking sites. Creeks 15-30m wide are also inhabited, particularly in locations where they bend which creates conditions that mimic the larger river habitats. The bottom of these rivers is composed of clay, sand and/or gravel.

The most common dietary items for the Yellow-Blotched Map Turtle are sponges, mollusks, insects and insect larvae. Bryozoans and native clams have also been found within the stomach contents of examined individuals. Algae is nearly the only plant matter consumed. It has been hypothesized that they ingest the algae while eating the invertibrates growing in the algae.

Graptemys flavimaculata is generally diurnal, active throughout the year and spends much of its day basking, adults and hatchlings alike. Basking may even happen during rain showers and at air temperatures below 39F/4C. In 1980, McCoy and Vogt observed that G. flavimaculata was more likely to bask during a cloudy day than other species in the area. Excellent climbers, basking has been observed at heights up to 3.7m above the water line. Like many of the members of its genus, the Yellow-Blotched Map Turtle is quite cautious while basking. This species frequently sticks to one side of its river, but will occasionally cross to the other side. 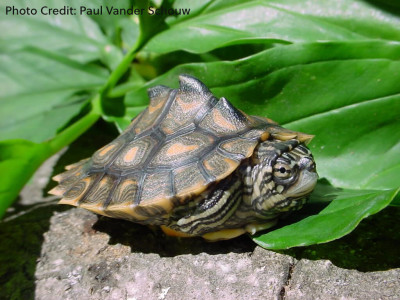 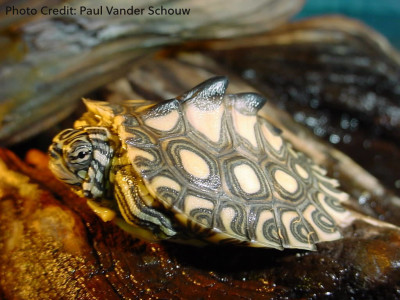 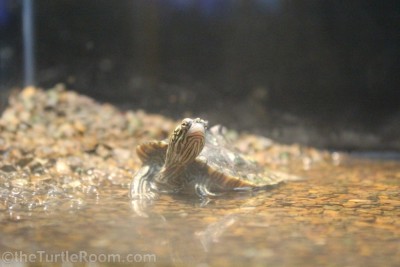 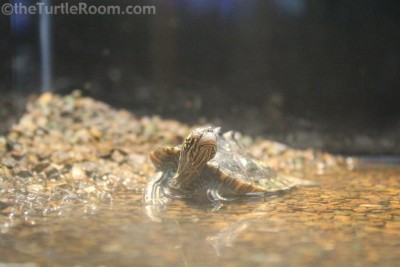 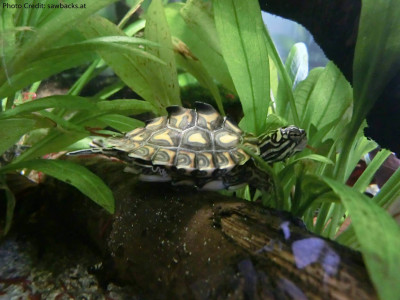 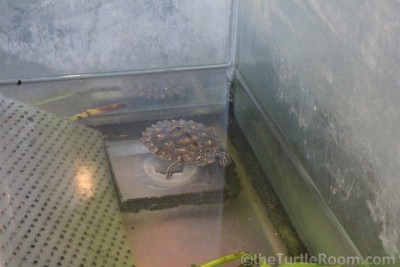 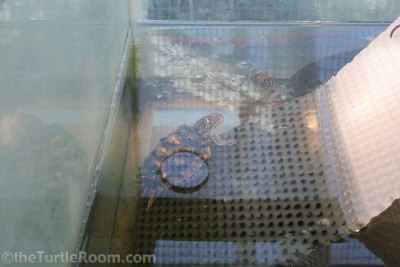 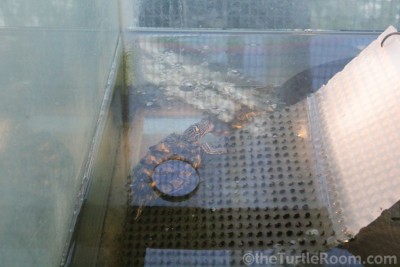 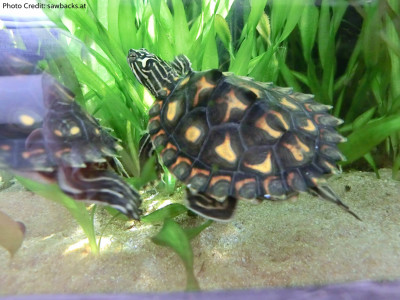 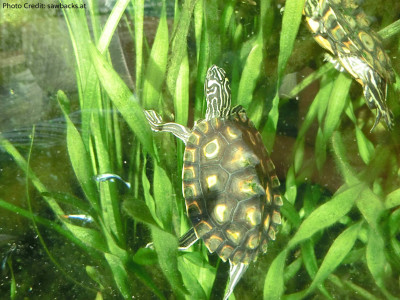 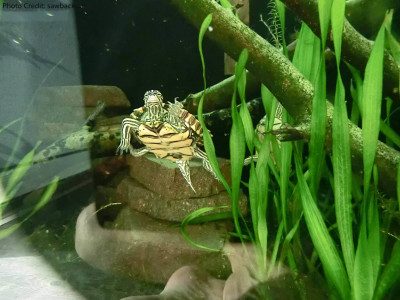 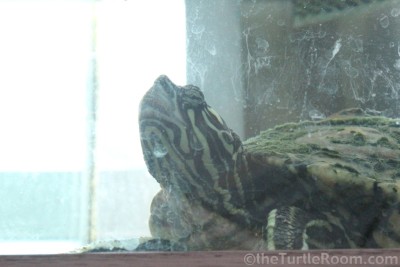 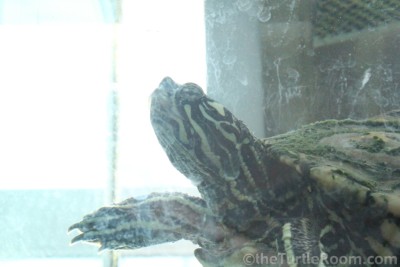 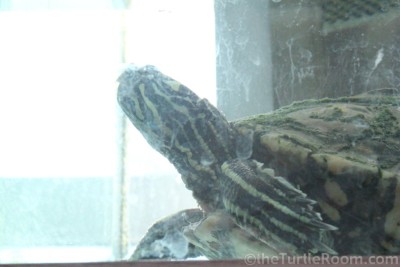