Graptemys ernsti is a medium to large map turtle. Females will typically reach 9”-10” (22.9-25.4cm), max 11.2” (28.5cm) while males stay considerably smaller at 4”-5” (10.2-12.7cm), max 5.2” (13.1cm). The carapace is brown to olive, high-domed, and strongly keeled. The first 4 vertebrals have dark spines; these fade with age, but those on the second and third vertebrals retain their shape better than those on the first and fourth. There is a black dorsal stripe that is frequently broken. The posterior edge of the carapace is moderately serrated. Each pleural scute contains wide yellow rings and vermiculations. The dorsal surface of the marginals each presents a bar of color toward the front of the scute and a series of yellow concentric markings to the rear. The plastron is yellow with dark pigment following the seams. The skin is also brown to olive with yellow-orange to yellow-green stripes and blotches. The head pattern is the primary identifier for this species. It contains a large interorbital blotch that is not connected to the postorbital blotches. This interorbital blotch forms a trident on the top surface of the nose. G. ernsti is a member of the broad-head group of map species, therefore the females have heads that get considerably large as they age. The head of the male stays more proportional to the size of the turtle. Males will have longer and wider tails with the cloacal opening 1/2 to 2/3rds of the way down the tail and a more juvenile appearance. Females will have shorter, narrower tails, a much larger build, and as mentioned before, much broader heads. Large females will appear humpbacked due to the steep incline of the first vertebral scute.

The Escambia Map Turtle is native to the Pensacola Bay drainage system in Alabama and Florida including the Yellow, Escambia, Conecuh, and Shoal Rivers. It has also been discovered (2002) in the Pea and Choctawatchee Rivers which drain into the Choctawatchee Bay in Florida in which it lives sympatrically with G. barbouri.

G. ernsti lives in the main channels of relatively large and swift creeks and rivers. The bottoms of these creeks and rivers are composed of sand and/or gravel. Features found in their preferred sections of the river include: freshwater mollusks, underwater retreats, and a multitude of basking spots (fallen trees, snags, and brush).

Specimens less than 10cm are typically insectivorous. As females approach this size and beyond, they turn to a diet heavy in mollusks, including snails and clams. The bigger the turtle, the bigger the clams they eat.

Graptemys ernsti will bask year-round, even when the water temperature is as low as 52F (11C). When the water temperature exceeds the air temperature on cloudy days, they will not bask. Females and hatchlings seem to prefer basking in partially shaded locations, especially toward the end of summer. Like many species, they prefer to bask on sites with distance from the shore. Well-known, safe basking sites are preferred to more recently created sites. Escambia Maps are exceedingly cautious while basking, and will dive into the water at the first indication of danger. This cautiousness may also be the reason they have a habit of climbing to the highest basking site possible; to gain a better view of any potential danger. During the winter, G. ernsti is mostly dormant, resting at the bottom of pools, lodged between boulders, trees, and roots. They often withdraw at least partially into their shells during these dormant periods. At water temperatures below 66F (19C), activity is mostly restricted to basking and resting. 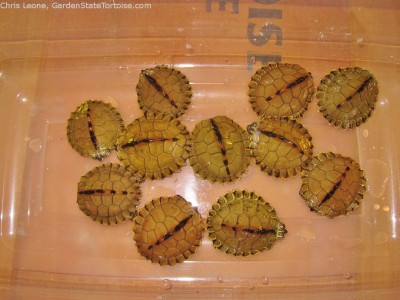 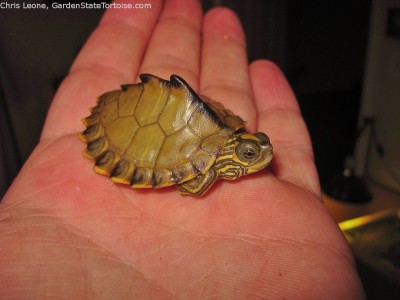 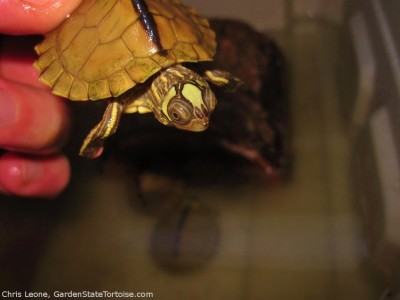 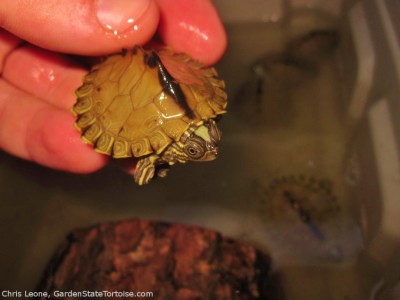 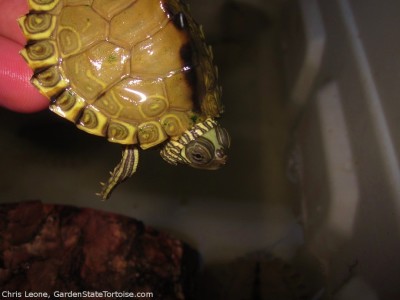 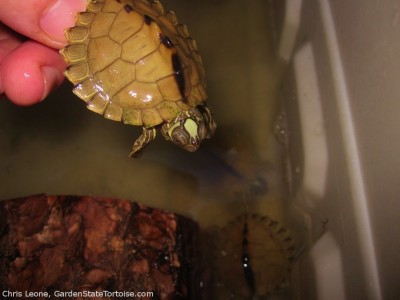 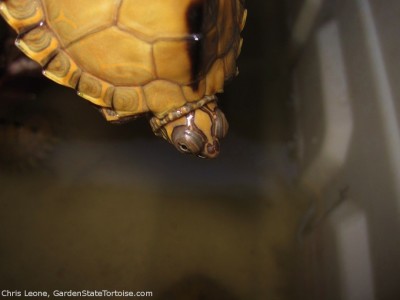 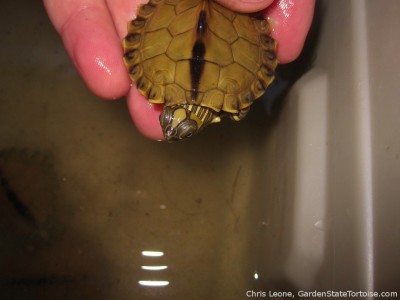 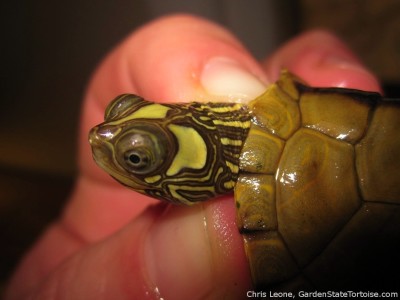 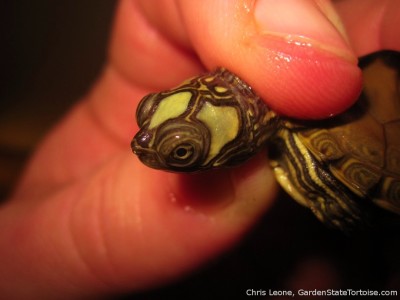 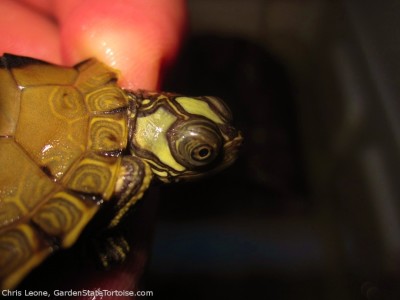 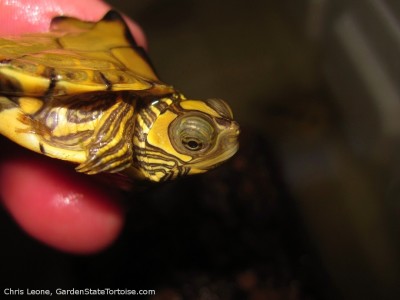 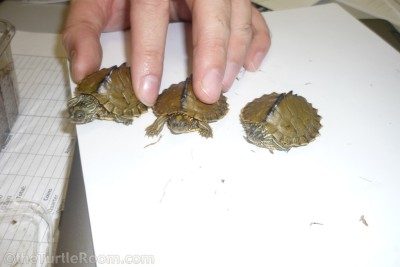 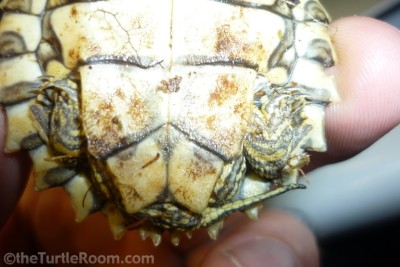 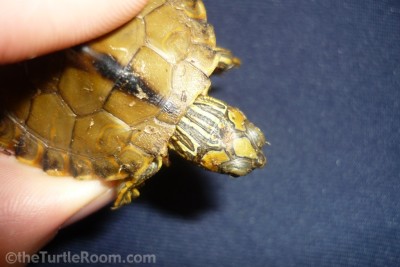 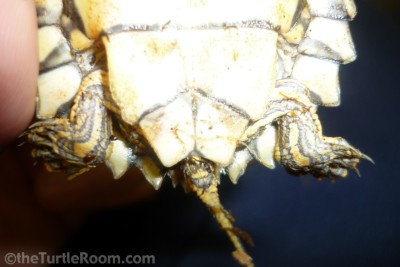 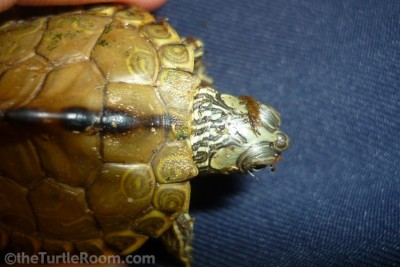 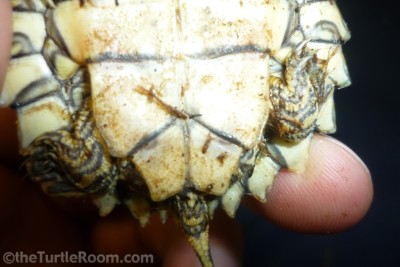 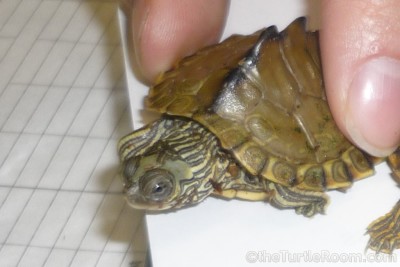 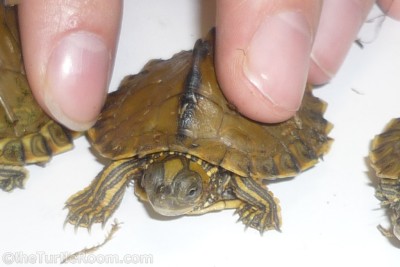 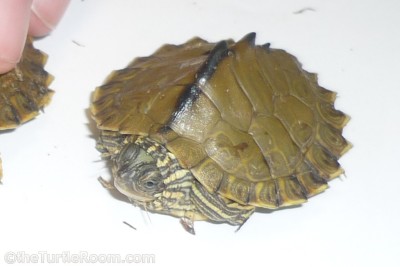 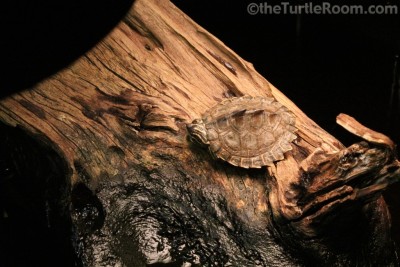 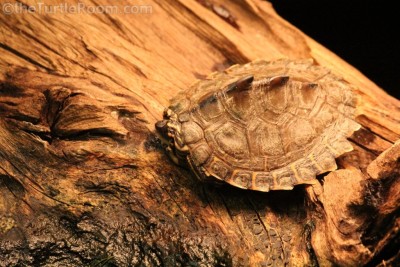