Geoemyda japonica has a carapace length of up to 160 mm, with a rather elongate, lightly domed shell with a flattened peak. The widest point of the shell is located behind the eighth marginal scutes on the sides of the carapace. There are three well developed keels, with the vertebral keel being the highest. The marginals are quite serrated, which diminishes with age. Growth rings in this species are evident. The coloration may be dark orange, dark yellow, brown or reddish and the three keels are darker than the rest of the carapace. The plastron is large and almost completely black. There is a distinct pair of axillary scutes and most individuals also have pair of small inguinal scutes.

The moderately sized head has a well-developed beak with a medial hook, but without a notch. The head and neck are covered with beautiful orange and red lines, and the sides of the head may sometimes have an attractive yellow coloration. The skull is relatively flattened and elongate. The exposed surfaces of the limbs are protected by large scales, and the limbs and tail are always darker in color.

This species is confined to the Japanese Ryukyu Islands, on the islands of Okinawajima, Kumejima, and Tokashikijima. Recently, a few individuals belonging to this species were found on Iejima and Gerumajima islands of the Okinawa group, however, this appears to represent their being introduced artificially by humans. Fossil records indicate that this turtle was once more widely distributed than it is today. The Okinawa archipelago and the Ryukyus are 1500 km southwest of mainland Japan and is equally distant north of Tawain, in the Pacific Ocean. It is the most popular resort destination for the Japanese.

This species lives in dense wetland forests, where the ground is covered with leaves, dead branches and twigs. This turtle is terrestrial but seems to prefer humid environments, and is found chiefly on the floor of primary and well-developed secondary forests, especially close to mountain streams. During the dryer season, Geoemyda japonica can be found in deep burrows where the terrain is steeply inclined. Relatively constant warm temperatures and frequent rainfall keep the islands lush and green throughout the year. Most Geoemyda japonica found in the wild have algae on their carapace, which is indicative of the year round humidity in which they live. Results from recent field surveys indicate that these turtles are completely absent in agricultural areas where insecticides and herbicides have been used.

Omivorous, the Ryukyu Black-Breasted Leaf Turtle eats small vegetable shoots as well as invertebrates such as large earthworms, arthropods, like centipedes and crickets, and terrestrial molluscs, and some fruits, including berries. Some species of ficus fruit and fungi may also be consumed.

Geoemyda japonica uses small caves, cracks, and crevices in large rocks and fallen trees as shelters and sites for hibernation. Some individuals are reported to have stayed in and around the same shelters for no less than seven months. June and July is the wet, hot season, when it rains daily. During this time the turtles are more active, which includes increased mating behaviors.

Nesting occurs from June to August, and clutch size is 1 to 2 eggs. Eggs are 45 x 30 mm in size and are laid in sandy slopes along mountain streams. The smallest male on record to show male sexual features was a 65 mm turtle examined by Yasukawa in 1992. Hatchlings are approximately 35.5 mm in SCL. 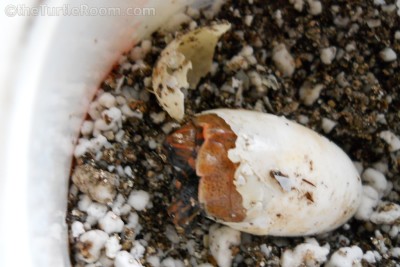 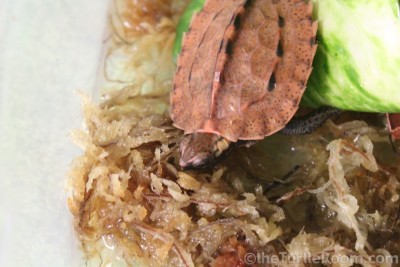 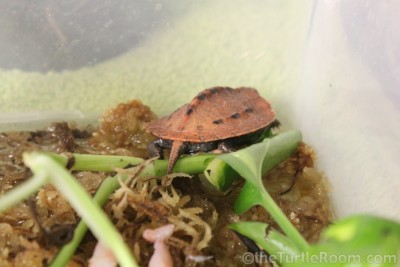 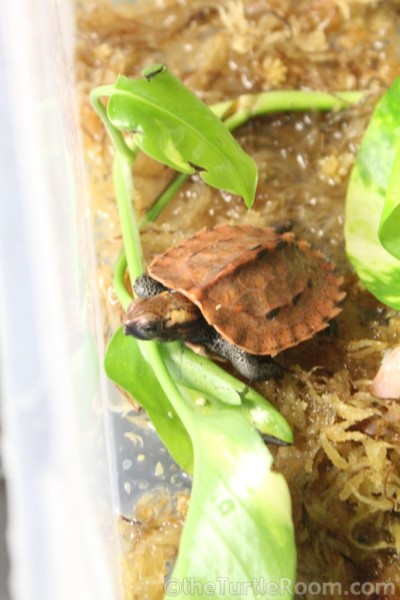 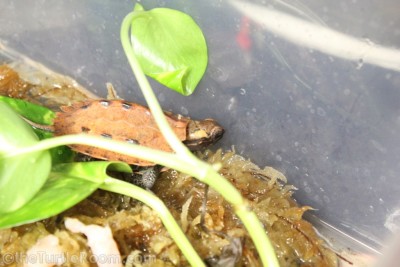 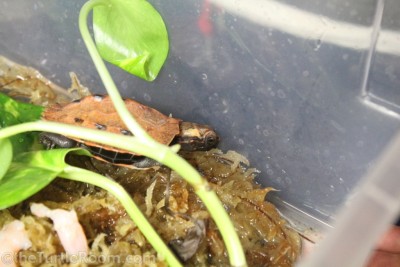 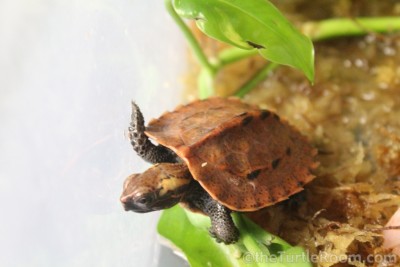 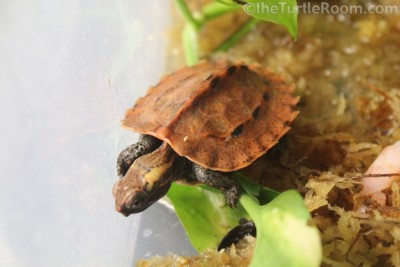 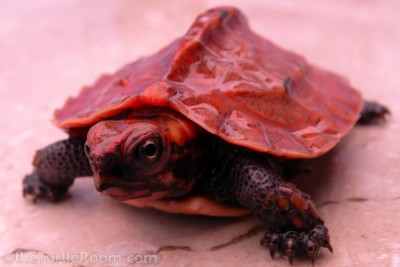 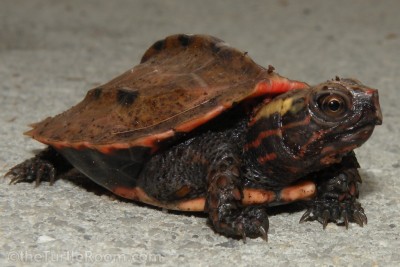 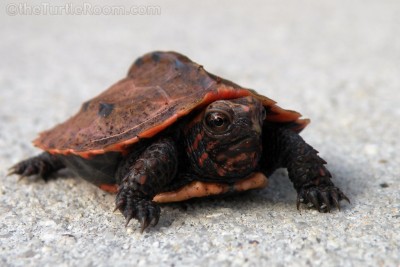 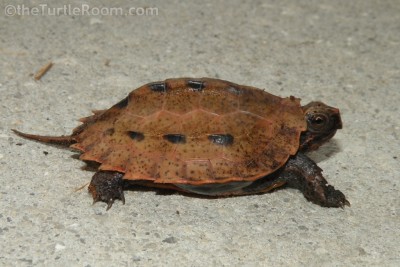 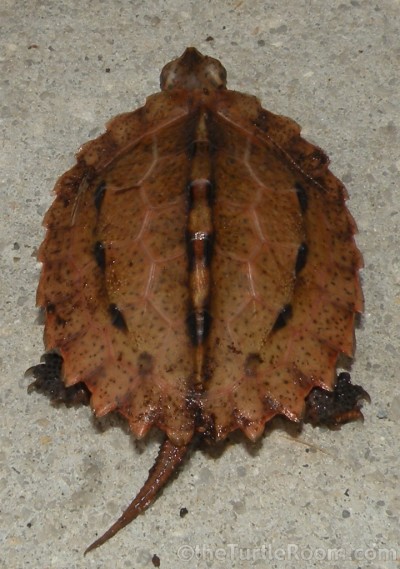