Habitat use of native and translocated Kinixys homeana in Cote D'Ivoire

Home’s Hinge-back Tortoise (Kinixys homeana) is a declining African tortoise species at risk of extinction. In August of 2019, theTurtleRoom launched the Home’s Hinge-back Monitoring project in collaboration with the Office Ivoirien des Parcs et Réserves (OIPR), the African Chelonian Institute (ACI), the Rare Species Conservatory Foundation, and the Abidjan Zoo. The project aims at transferring and monitoring 16 adult Kinixys homeana after they have been released into their natural habitat at the Azagny National Park in Cote d’Ivoire, from the Abidjan Zoo where they are currently being kept from a confiscation. Four radio trackers will be placed on specimens native to the park and another four radio trackers will be placed on the translocated specimens. This will allow the team to learn about habitat use and ecology of the native specimens and compare how translocated specimens use the same areas. We are currently looking to raise another $2,500 as soon as possible to complete the soft-release pens.

Azagny National Park is very large and increased funding will go a long way in expanding the project to include a population census (capture-mark-release-recapture) and long-term monitoring of the species. All translocated specimens will undergo a sanitary evaluation in order to ensure that the specimens are healthy and free from any parasites that could otherwise contaminate the wild population currently existing in the park. In addition, the park rangers have been trained by the project and are instructed to report their sightings of turtles and tortoises, collect biometric data, and take pictures. These data will be fed into ACI and OIPR databases. Education is also a key component of the project to spread awareness of our conservation efforts and to teach and encourage local communities to change their behavior towards wild tortoises. The information gathered from this project will guide our future conservation strategies for Kinixys homeana.

Kinixys homeana (Home’s Hinge-back Tortoise) is native to the coastal forests of West Africa. Adults can reach up to almost 9” in length with males being slightly smaller than females. The carapace is generally dark brown with occasional lighter highlights present. The plastron is lighter than the carapace, but still brown to straw in coloration. Kinixys homeana can be distinguished from their close cousins, Kinixys erosa, by the presence of a nuchal scute as well as a pointed 5th vertebral scute where their carapace drops off at a sharp angle. Heads range in color from brown, to yellow to even orange depending on where in their range they are found. Males typically have brighter head colors than females. Males will also have much larger tails than females of equivalent size. (Mifsud KCB)

Kinixys homeana range from costal Liberia as far east as the Democratic Republic of the Congo where they inhabit dense forests. This species of Hinge-back Tortoise is crepuscular and is usually not active in the heat of the day. K. homeana utilize leaf litter for cover and rain showers help to bring them out from hiding. It is a terrestrial species that appreciates flooded areas and heavy rainfall that bring the high humidity that they need to thrive. Home’s Hinge-back Tortoises utilize an omnivorous diet consisting primarily of fungi, invertebrates, carrion and plant matter. (Mifsud KCB)

Kinixys homeana mate in the wet season and lay their eggs in the dry season. Multiple clutches are not uncommon with 1-5 eggs being laid at a time. Eggs are quite round compared to eggs from grassland Hinge-back Tortoise species. Nests are dug only a few inches under the soil and even occasionally laid beneath leaf litter. This is in further contrast to grassland Kinixys which dig deep nests in which to deposit eggs. (Mifsud KCB) 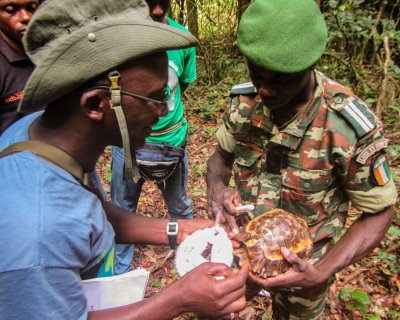 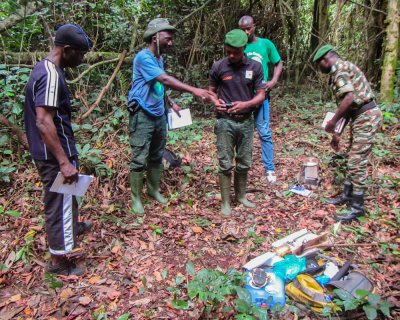 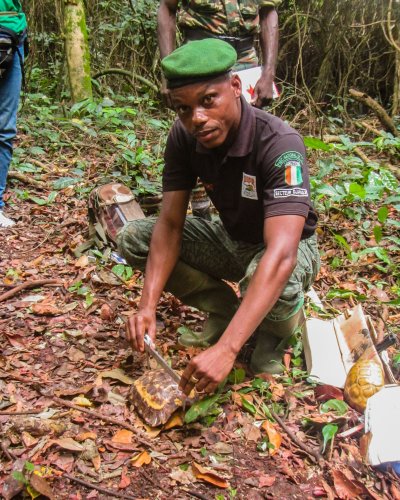 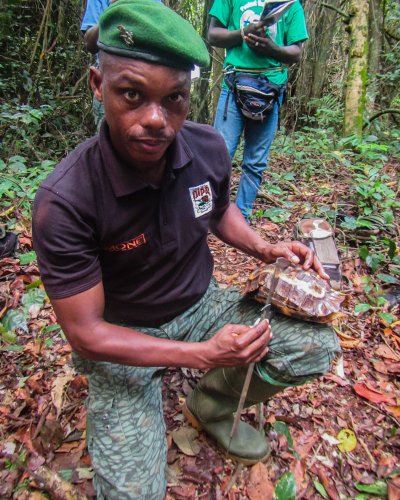 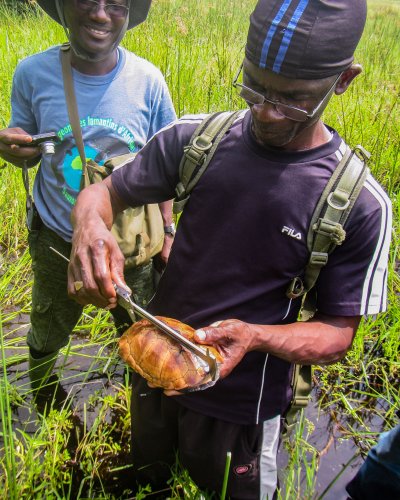