In September 2017, theTurtleRoom launched the Wood Turtle Monitoring project. The Wood Turtle (Glyptemys insculpta) is a species of special concern in Pennsylvania, largely due to habitat loss, alteration, and fragmentation, poaching, and road mortality. Led by Steve Enders and Andy Weber, The Wood Turtle Population project is a field-based research project conducted in collaboration with the Turtle Survival Alliance – North American Freshwater Turtle Research Group. Through permits obtained from the Pennsylvania Fish and Boat Commission, theTurtleRoom staff and volunteers search stream corridors and capture turtles by hand. Upon capture, each turtle is marked by notching the carapace with a small saw or pocket knife, then weighed, measured, photographed, and released at the point of capture. Characteristics of individual turtles such as deformities are also noted.

The goal is to recapture as many turtles as possible in the future in order to gain an understanding of population structure and demographics, growth, longevity, and movements. In order to meet the goals of this project, we are seeking funding to cover the costs of permits, travel expenses for volunteers, scales, and other equipment such as waders, boots, and saw blades. We hope to add more Wood Turtle sites to this long-term study soon so that data between populations can be compared. The data collected by this research will go a long way in helping to understand the current status of Wood Turtle populations in southeastern Pennsylvania, which in turn will help state regulatory agencies implement the best conservation and management strategies for this imperiled species.

The North American Wood Turtle (Glyptemys insculpta) is a semi-aquatic turtle that is found in the northeastern part of North America. The carapace of G. insculpta is semi-flattened and each scute tends to have irregular grooves and growth layers as the scutes are not shed annually. North American Wood Turtles exhibit brown carapaces, with short yellow and black lines that come from the corners of each pleural scute. Each plastral scute will exhibit an odd oblong black blotch. The head, neck, and limbs will have a majority of black, with yellow, red and orange pigment on top. Average length of G. insculpta ranges from 5.5-8 inches (16-20 cm). Glyptemys insculpta are found in most New England, Mid-Atlantic, and Great Lakes states. They can range as far west as Minnesota and as far south as Virginia. When spring arrives North American Wood Turtles tend to be found in deciduous woodland streams. Early morning and in the later afternoon tend to be foraging times for this species. They will bask and seek out the sun during late morning to midday to maintain thermoregulation. It has been noted during summer months Glyptemys insculpta spends a large amount of time on land and can be found under decomposing vegetation, small puddles, and near sandy shores.

North American Wood Turtles are omnivorous, and will consume vegetation and animals on land and in water. They have been seen consuming slugs, beetles, millipedes, earthworms and even carrion. Slugs seemed to be what they favored the most when foraging. When looking for worms to consume, they will stomp the ground to imitate the rain falling to lure worms out. Like most chelonians, Glyptemys insculpta tend to avoid predators on a daily basis and prefer to be hidden or constantly on the lookout of incoming danger. They will be out either to bask or to forage for food. Studies have also shown that North American Wood Turtles can learn and understand mazes under the same conditions rats are put in. Males and females both show aggression during breeding season. Mating can occur in water or on land. Females will nest during the months of June and July and will seek out a sandy slope or a non-vegetated area near a stream. Three to five feet above the waterline is ideal for nesting. 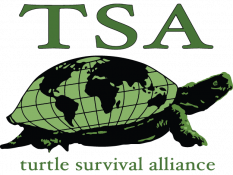 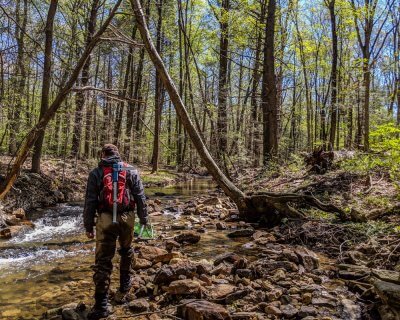 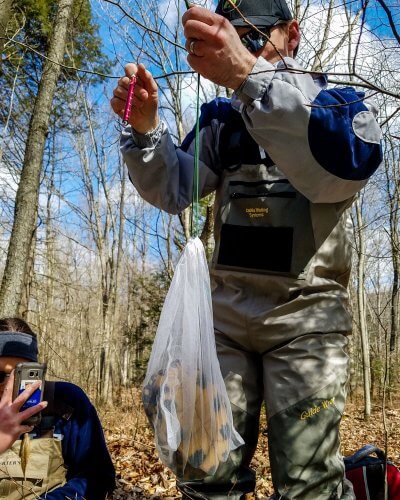 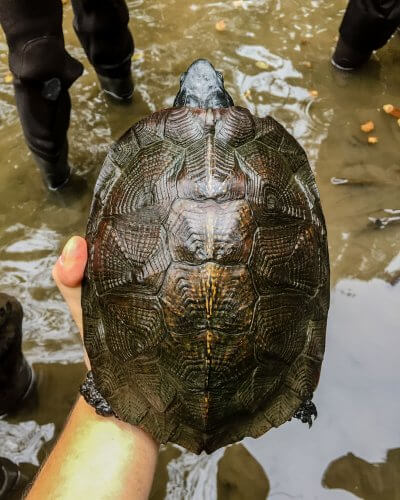 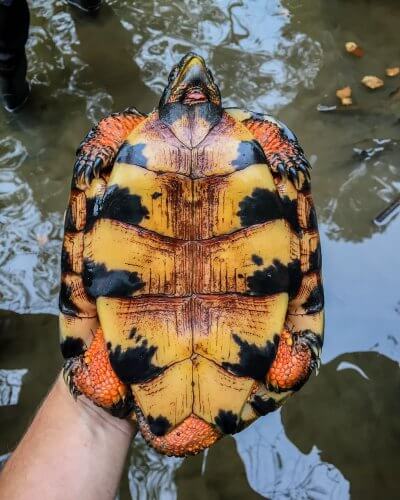 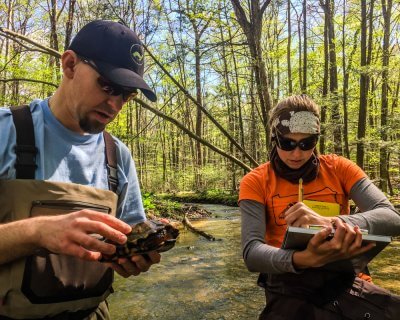 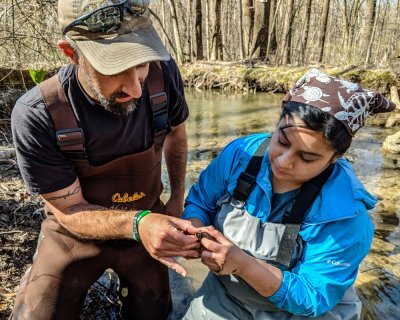 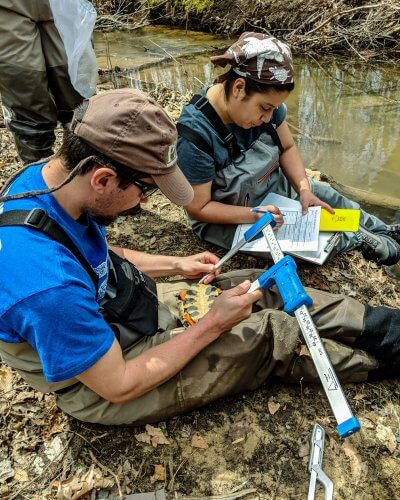 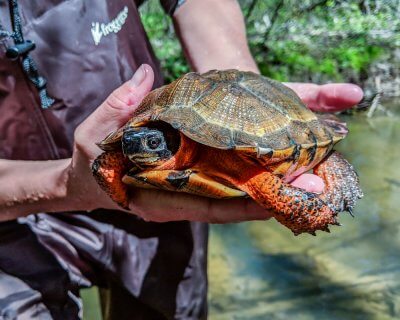 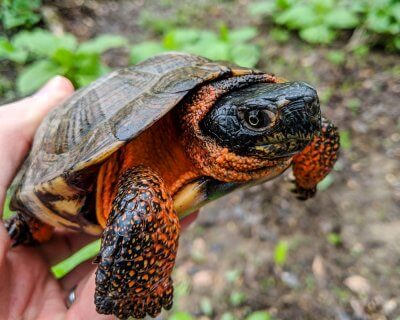 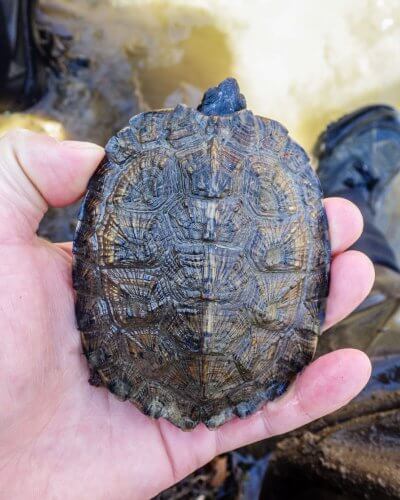 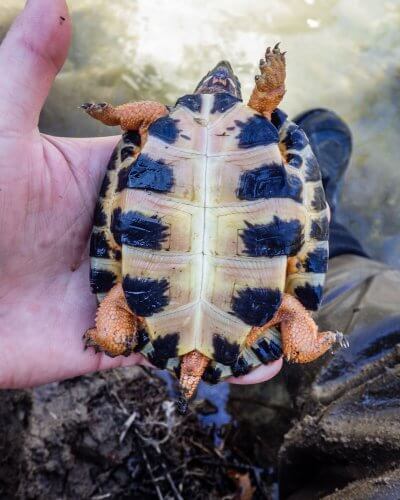 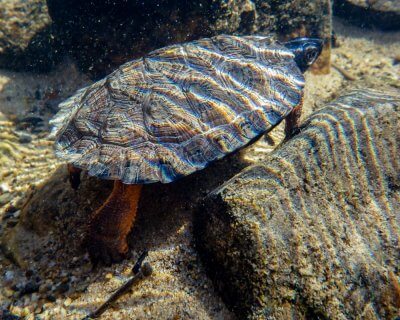 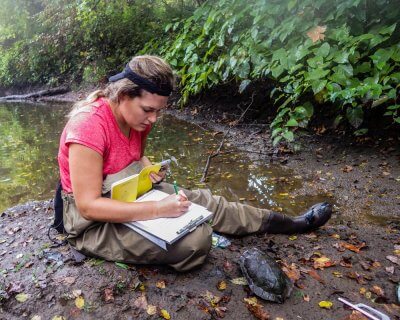 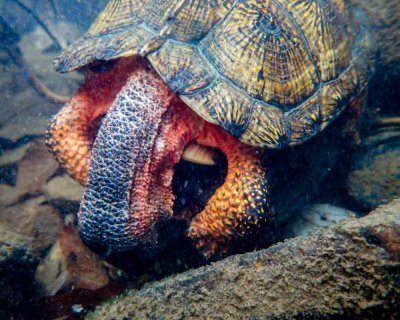 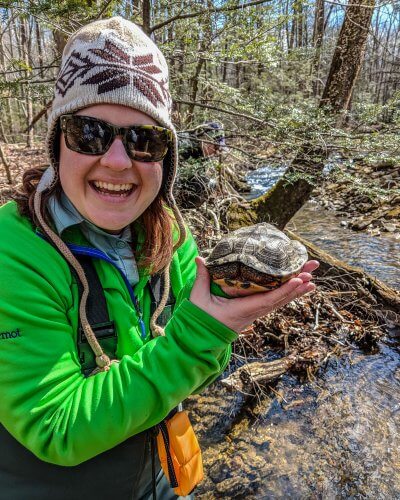 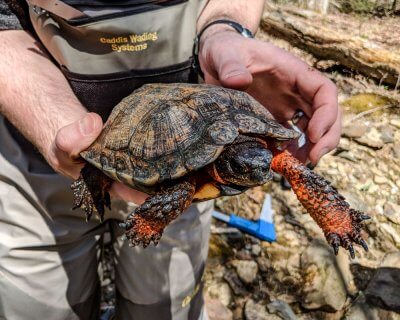 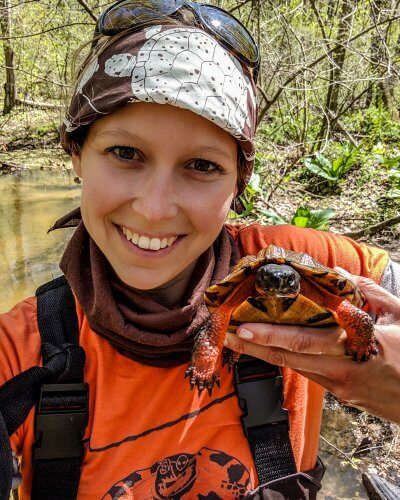 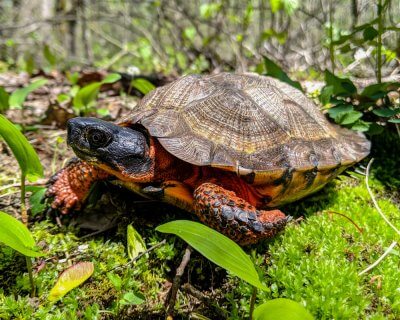 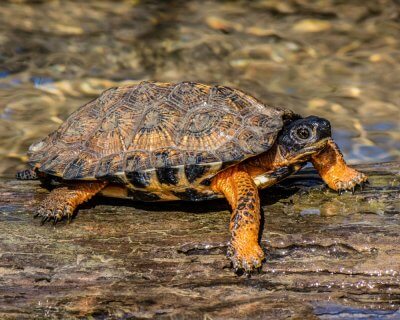 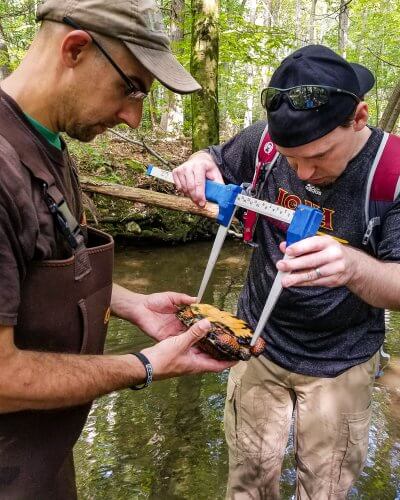 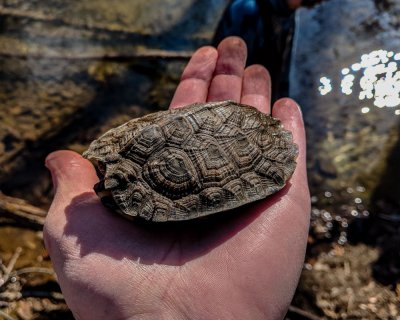 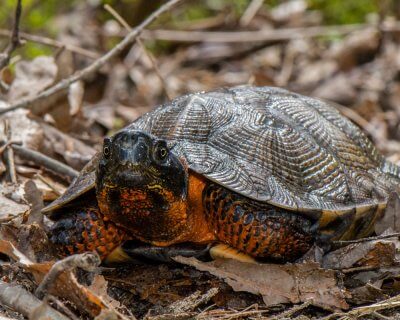 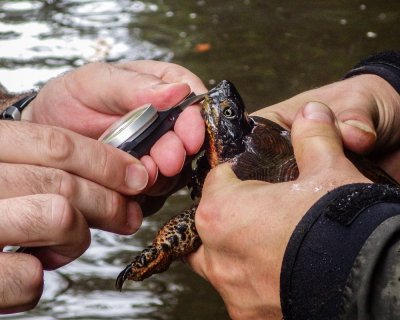