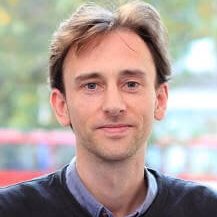 Rodney Lewis is the Copy and Photo Editor for theTurtleRoom (tTR). His love of chelonia was sparked through researching tortoise husbandry prior to adopting a Hermann’s Tortoise (Testudo hermanni) with his wife. During his research, he identified there were many tortoise and turtle stories that were dispersed across the internet. Combining his love of technology with his newly kindled love of Chelonia, Rodney began to aggregate the links to the stories via Twitter for other Chelonia enthusiasts. This brought him to the attention of tTR who requested his expertise in starting the World Turtle News (WTN), where he has overseen the team and production of the WTN blog for 3 years.

Unusually for a Brit, Rodney is a keen baseball fan and follows the New York Mets.

Rodney has had a long career in London City as a Unix administrator in the banking sector. Rodney moved to Unix administration for the Centre for Neuroimaging Sciences at King’s College London in 2012. A role that he enjoys immensely as IT support in the academic field allows him to build bespoke solutions and flex his IT problem solving muscles.

Rodney lives in Chelmsford, Essex, UK with his wife Becky, two cats and the Hermann’s Tortoise Kaiju that sparked his love of Chelonia.