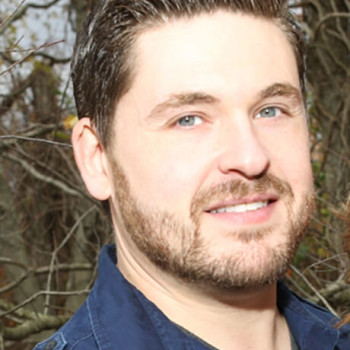 Chris Leone is the Director of Animal Husbandry for theTurtleRoom, responsible for overseeing and coordinating animal husbandry efforts among all members of theTurtleRoom’s team. In nearly 3 decades, he has worked with more than 130 species and subspecies, hands on. Chelonian keeping and breeding has been a lifelong passion for Chris and throughout the years it has become a way of life for the Leone family.

Today, the family-owned Garden State Tortoise acts as both a breeding facility and rescue in southern coastal New Jersey. Chris actively aids zoos and organizations such as Popcorn Park Animal Refuge and handles a great volume of unwanted turtles and tortoises within the state. In addition to this, he also keeps a long-standing relationship with New Jersey Fish and Wildlife being the permit holder and coordinator for the Terrapin Nesting Project and Terrapin Nesting Project: Leeds Point. Both state and federal confiscations involving protected species have been trusted with Chris and the Leone family numerous times. North American turtles have played a major role in Chris’ life since the young age of five when his father presented him with his first box turtle. Since then he has not only bred a wide number of them but he has also taken part in surveys and genetic sampling, particularly for the North American Wood Turtle (Glyptemys insculpta). Another focal group of chelonians are the Mediterranean tortoises, genus Testudo. Chris has been a top source for any information regarding these popular tortoises, and in recent years he completed genetic sampling on Western Hermann’s Tortoises (Testudo hermanni hermanni) to help support the recognition of local forms found within the subspecies’ natural range. Together with tTR’s Steve Enders, the two launched the first ever Western Hermann’s Tortoise North American Regional Studbook in 2013. As of 2019, the European Studbook Foundation joined in supporting the Leones and Enders in their great efforts to preserve this highly endangered Western European Tortoise.

Much of Chris’ day is comprised of observing and caring for the hundreds of turtles and tortoises that call Garden State Tortoise home. As a perfectionist, he has an eye for detail and spends a great deal of time designing and building naturalistic enclosures. Large, spacious, well-planted units surround the Leone property where the vast majority of species can behave in a natural manner outdoors all year long or at least for half of it.

When not at home, Chris travels to various conferences to give presentations about the husbandry of chelonians. He has presented at the Annual Symposium on the Conservation and Biology of Tortoises and Freshwater Turtles, the Annual TTPG Conference on Captive Care and Breeding of Turtles and Tortoises, the Annual Box Turtle Conservation Workshop and various society meetings within the USA.

Chris has been a writer for REPTILES magazine since 2011, authoring over a dozen featured articles on select chelonian species. He’s also written countless care-sheets and species profiles for other publications including Radiata Journal, Testudo Edizioni and veterinary magazines. His photography skills have provided overseas conferences, various books, websites, forums and groups with photos of a wide variety of species and he is a major contributor to TortoiseForum.org, a popular tortoise forum for both images and literature. Chris has also developed several videos concerning the husbandry of chelonians with several being played at annual conferences. His most popular video, “Separating Tortoise Twins” has reached nearly 3 million views on the Garden State Tortoise YouTube channel. The video led to TV appearances and news segments via CNN, Discovery, NBC, Yahoo, Fox and more.

On social media, Chris and Garden State Tortoise maintain a large, devoted following. Chris is a member of the Turtle Survival Alliance and the Turtle & Tortoise Preservation Group.