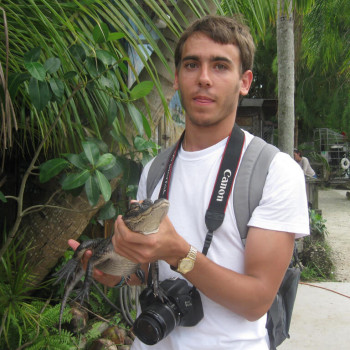 Kevin is a Senior Developer for theTurtleRoom (tTR). His work includes developing software and computer tools, writing articles, and helping develop other educational resources. Kevin has a special passion for the turtles native to Africa and is also the Communications Officer for the African Chelonian Institute, a partner organization of tTR.

Kevin received his Doctorate in Computer Science in 2019 from the University of Arkansas and also completed a post-doctoral fellowship in the Social Awareness and Intelligent Learning Lab, also at the University of Arkansas. He has combined his passion for turtles along with his computer knowledge by initiating the development of theTurtleRoom’s data-keeping software called Digital Chelonian Log (DCL). Even when he isn’t working for ACI, tTR, or on his postdoc, Kevin is still reading articles or books about turtles.

Kevin’s interest in turtles began at age 8, when he got his first turtle by chance, a Trachemys scripta elegans (Red-Eared Slider). At this point, he was becoming very curious about turtles and acquired his second turtle, a Trachemys scripta scripta (Yellow-Bellied Slider) a few months later. However, when his family moved from France to Martinique, he had to give away both turtles.

In just a couple years, another friend gave Kevin two more Trachemys s. elegans and his interest continued to grow. Thanks to a return to France, he had to again acquire new turtles. At this point, the Trachemys species were banned in France as an invasive species, and he discovered the Pelusios species (African Mud Turtles). He bought three Pelusios castaneus (African Mud Turtle) hatchlings in 2009 and began a desire to learn as much as possible on the husbandry, education, and conservation of African species.