The Striped Mud Turtle (Kinosternon baurii) is a small turtle with a moderately domed shell and three characteristic stripes that extend laterally along the length of the carapace. Females are larger than males, reaching a max SCL of 13.8 cm, compared to a 10.4 cm SCL max in males. These turtles may be black, dark brown, tan, or a mahogany color, and some individuals may lack the carapace stripes all together. The plastron is olive to yellow in color, and two plastral hinges provide added protection to the turtle. The skin may be tan to black, and the head and neck may have dark mottling or a marbled pattern in some light colored individuals. The head usually has two light colored stripes that may be continuous or broken, that extend posteriorly from the orbit, with one above and the other below the tympanum. A stripe typically extends anterior from the orbit to the tip of the snout. All four feet are webbed. Males have long thick tails, especially when compared to the small tails of females. The tails of males and with a spine that aides in copulation. This species is easily confused with both the Eastern Mud Turtle (Kinosternon subrubrum) and the Common Musk Turtle (Sternotherus odoratus), but the prominant head stripes and two hinges differentiate 3-Striped Mud Turtles from each, respectively.

Kinosternon baurii is found from the Florida Keys through peninsular Florida and into Georgia. They are also found along the Atlantic Coast, as far north as Virgina.

3-Striped Mud Turtles are most often found in quiet, ephemeral bodies of fresh water that are at least 60 cm (2') deep. Their habitats contain soft bottoms and may include hardwood or cypress swamps, streams, canals, ponds, and bays. Adjacent terrestrial habitats that are often utilized are usually sandhills or pine flatwoods. Water may be either clear or tannic, having the appearance of tea. Individuals have been found in muskrat lodges, and juveniles may be found among floating water plants.

Kinosternon baurii is omnivorous. The Florida population has been found to feed on copious amounts of cabbage palmetto seeds, juniper leaves, and other types of vegetation, including algae. It also consumes small snails, insects and their larvae. It occasionally forages through cow dung when on land, most likely seeking out insects. This species has been known to take food items on land and in water.

The activity through winter varies among Kinosternon baurii populations depends on geographic location. In the southern extreme of the range, they are often active all year long, while in the north, they often hibernate, most often times in terrestrial hibernacula. Activity levels decline during hot weather in July and August.

Terrestrial activity of 3-Striped Mud Turtles is directly correlated with water depth of the surrounding bodies of water, and their movements are correlated with rainfall. Mass migrations by this species may be initiated by heavy rainfall. During instances of terrestrial activity, Kinosternon baurii construct shallow burrows. The average time spent in such refugia in a North Carolina population is 170 days. Most burrows are constructed in soil beneath leaf litter, or beneath logs. A given turtle may use as many as four separate refugia in a season, and some individuals may use the same retreat multiple times. 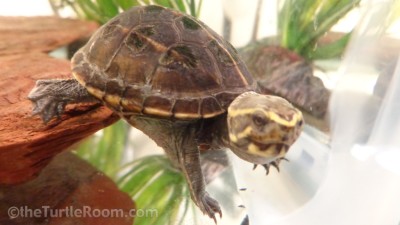 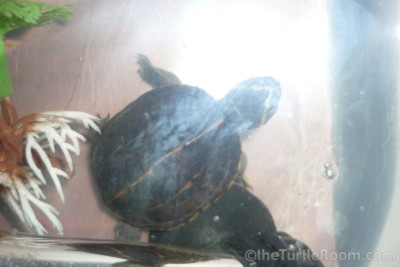 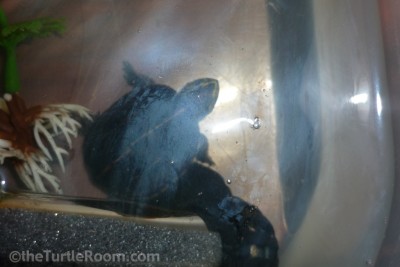 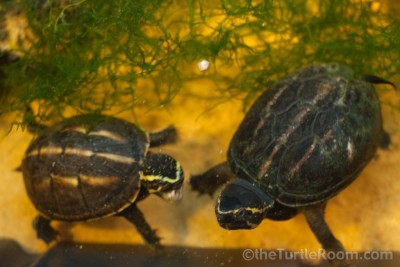 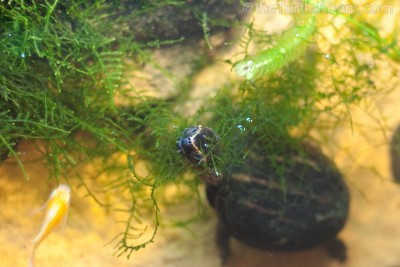 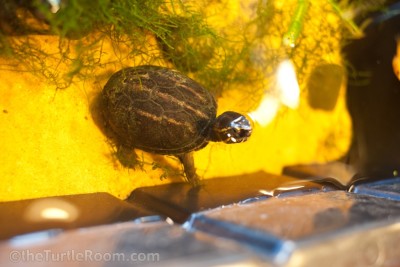 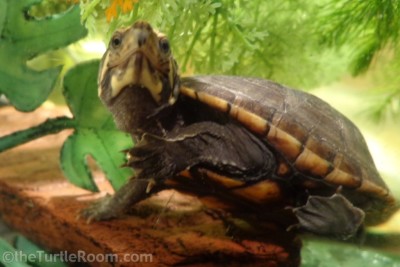 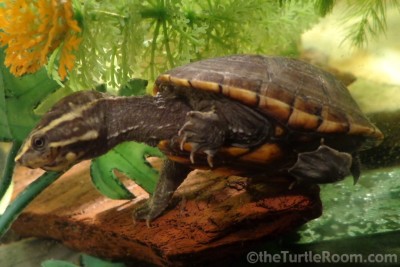 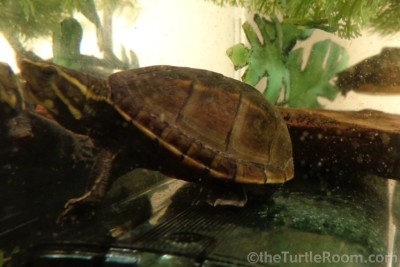 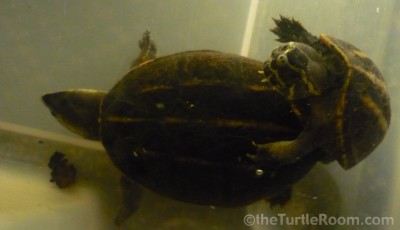 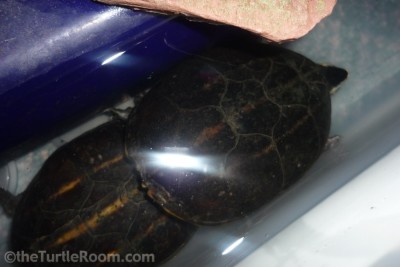 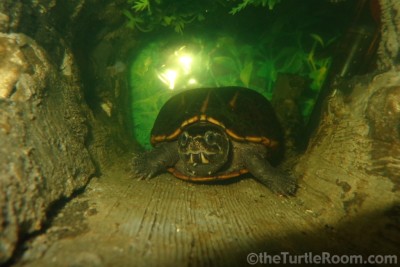 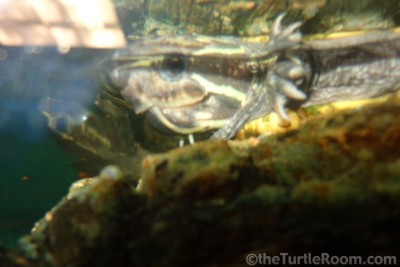 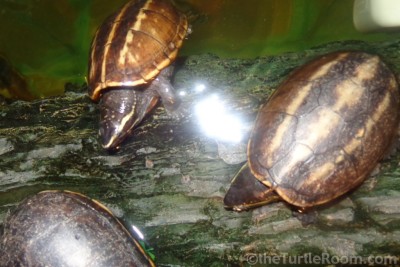 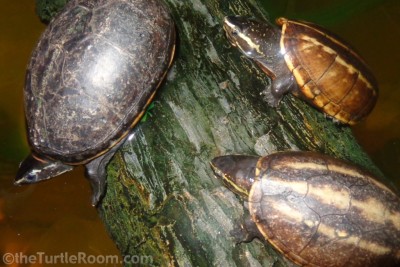 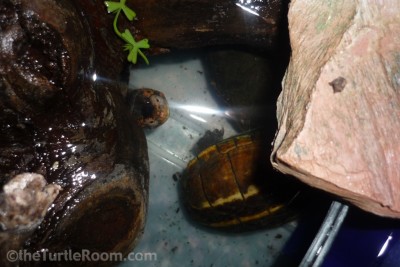 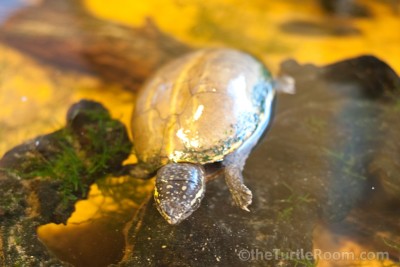 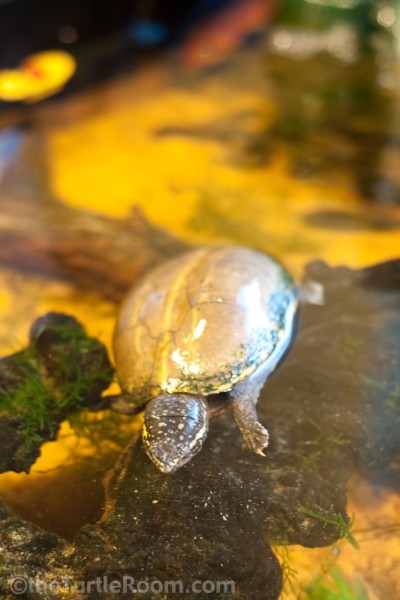 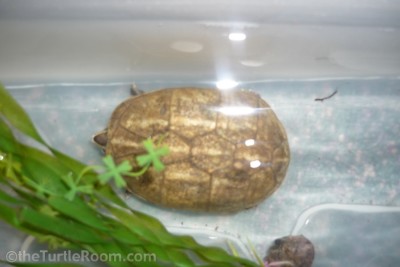 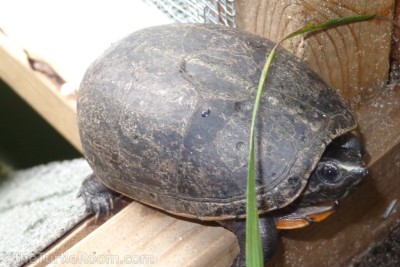 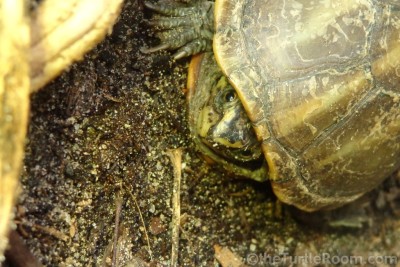 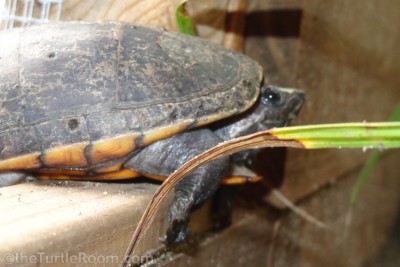